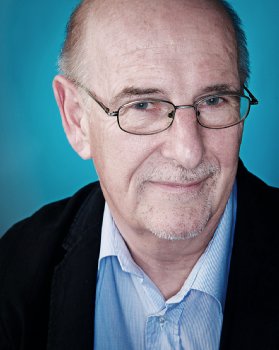 Dr Roger Austin from the Social and Policy Research Institute in the School of Education at the Coleraine campus has been appointed Professor of Education. The appointment is in recognition of his groundbreaking work on the role of ICT in education, particularly through his research on the ways that ICT can link schools together in Ireland and across Europe.

Originally from Wakefield in Yorkshire, he taught at  both second and third level in England, Pakistan and France before coming to Northern Ireland in 1978 to take up a position as lecturer in the then New University of Ulster.

Professor Austin has a distinguished record of innovation in the use of ICT in teaching and learning in schools, teacher education and higher education. His co-authored book on ‘E-Schooling, global messages from a small island’ has received critical acclaim for the way it links ICT education policy with broader social and economic concerns.

His leadership of the pioneering Dissolving Boundaries programme, which links primary, special and secondary schools in Northern Ireland to schools in the Republic of Ireland has been singled out as an outstanding example of how technology can help reduce barriers and build trust between teachers and pupils.

Professor Austin’s most recent work, on how ICT can be used to promote enterprise in schools through cross-border partnerships, has been supported by the Joint Business Council, representing employers’ organisations on both sides of the border.

He is currently academic coordinator for the University’s Tutoring in Schools programme which is placing 100 students in a range of schools, providing inspirational role models for pupils as well as offering students invaluable work experience.

He is also involved in evaluating the role of online seminars with University students as part of a commitment to improve the overall quality of undergraduate learning.

Professor Austin is planning a further book, provisionally titled ‘The Incomplete Revolution’, which will distil key lessons learned to date on the impact of ICT in education and the journey still to be travelled.