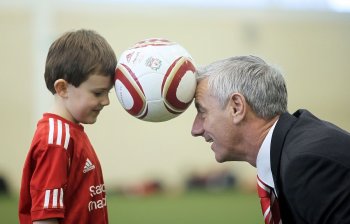 Liverpool football legend Ian Rush was at the University of Ulster this week to attend the Liverpool FC Football Academy.

The patron of the scheme, Rush joined up with the elite Academy coaches for the three-day soccer school at the multi-million pound sports facilities at Ulster’s Jordanstown campus.

The former Wales striker who scored over 340 goals in a Liverpool jersey said:  “Following on from the announcement in December regarding the development of our International Football Academy Soccer Schools in Northern Ireland, I am delighted that the first soccer school is taking place at the University of Ulster Jordanstown campus.

“I will be bringing over a select number of our elite academy coaches to deliver a comprehensive and enjoyable three-day coaching clinic. Our aim is to do something different to other Soccer Schools because I believe Liverpool Football Club is something different and something special.

“It is the biggest brand in football in my opinion, and I am excited by the prospect of helping to spread the 'Liverpool Way' across the globe by training children in the same style as we have to great success at our Academy.”

One hundred primary school-aged children from across Northern Ireland attended the Academy and picked up tips from the coaches as well as Rush who notched up five First Division titles, three FA Cups, five League Cups and a European Cup winners medal during his time at Anfield.

“The aim of my role within the Soccer Schools franchise is to bring Liverpool Football Club to the younger generation and show them what a truly special football club this is,” said Rush.

“The participants are perhaps not going to play for LFC unless they're special - and who knows, there might be one or two who make the grade - but our primary objective is making sure the kids have fun, keep fit and when you see the smiles on their faces, you know you're doing a good job.

“Among the most important aspects of what we do is aiming to teach skills that will benefit the children well into adulthood and their working lives.

“People may say I'm biased, but I think Liverpool Football Club is the best club in the world. We're one big family club and we've got to give these kids the best facilities and the best coaching that we've got - and that's what we're aiming to do with our Soccer Schools.” 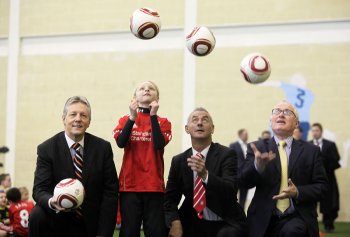 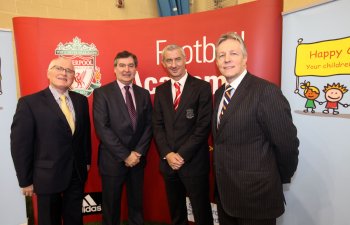