Be Careful What You Wish For This Christmas 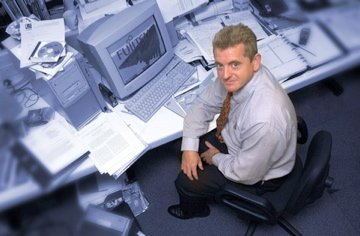 With mobiles phones topping a lot of Christmas ‘wish lists’ this year, University of Ulster Telecommunications Engineering expert, Professor Gerard Parr has some timely advice for Santa – make sure to ask the right questions at the phone shop and beware of signal ‘blackspots’.

Professor Parr says they decided to carry out the survey - the first of its kind in Northern Ireland - as there appeared to be a lot of anecdotal evidence about local variations in broadband speed, poor mobile phone signal strength, dropped mobile calls and excessive international roaming charges.

Although the full results will not be available until early in 2012, Professor Parr says the initial feedback identifies a high degree of frustration and concern about inconsistent mobile coverage and signal ‘blackspots’ throughout Northern Ireland.

For the size of the province and the population, Northern Ireland has one of the most advanced telecommunications infrastructures in the world, with huge range of products and services on offer for home and business use.  But despite significant investment by the telecommunications industry, European Commission and regional government, initial results from the survey clearly indicate that not everyone in Northern Ireland is happy with the service they are receiving.

Urging people to complete the online survey, Professor Parr said the primary evidence gathered from consumers will be used to identify ‘blackspot’ areas and put pressure on providers to improve their service.

“A new phone might be top of the wish list this Christmas but people need to remember that if they live in an area where the signal is weak, just changing mobile handset may not impact that much to make the signal stronger.  Consumers who travel around the province a lot for business or leisure  related activities may well get frustrated when their phone does not work when they most need it.

“It’s all very confusing for all consumers but particularly for those on a tight budget trying to work out the best possible deal available.

“Consumers need to ask questions of the staff in the shops and make sure they understand the small-print on the deal they sign up with.  In the current economic climate, people can’t afford to be tied into a one year or two year contract with a provider that is not providing the service they promise.”

Professor Parr and his team plan to repeat the survey every six months to assess what improvements, if any, have been made to the service.

“We want to get direct observations and feedback on the quality of the broadband or mobile service consumers are receiving and the impact this is having on their work or family life. For example how it affects their leisure and entertainment, children’s education, their workload, or ability to access new markets and customers.

“People living in border areas or along the coastline know how frustrating it can be not to get a consistently strong mobile signal.  A lot depends on your exact location, the type of handset you are using as much as the operator and the location and technology of their base stations. Poor mobile coverage can have much more serious and far reaching consequences, for example in a life or death situation when someone is trying to get in touch with the emergency services in a remote rural area, or for field engineers.

“The provision of broadband access and access to 3G+, WiFi and other wireless services in Northern Ireland have all improved but against this backdrop of significant investment, there are still some  areas within Northern Ireland  where equity and speed of access to the Internet over fixed or wireless infrastructure is not on a par with other areas of the province or the UK.

"Also, mobile users here generally suffer from poorer coverage when compared to the rest of the UK with just 54% of mobile phone users in Northern Ireland enjoying full 3G coverage. The average across the UK is 95%.”
To complete the online telecommunication survey click on  https://www.surveymonkey.com/s/NI-Telecomms-Survey

Average maximum speed available around Belfast is 8.9Mbits/sec compared to 5.7Mbits/sec in Coleraine, 4.3 Mbits/sec in Fermanagh, and 5.4 Mbits/sec in parts of County Down district.  (Ofcom Communications Infrastructure Report- August 2011").

Mobile coverage in Northern Ireland remains lower than the rest of the UK.  87% of the population of Northern Ireland live in a postcode district with at least 90% 2G coverage; however the figure for 3G coverage is much lower at 54%. This is well below the UK average of 95%.Ã¢€ (Ofcom Communications Market Report, August 2011).