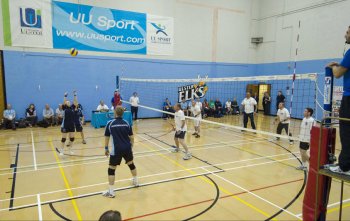 Team Addenbrookes (in blue) versus the Freeman Adults squad

The University of Ulster has hosted the British Transplant Games Volleyball at the multi-million pound sports facilities at the Jordanstown campus.

“The facilities and staff in the Sports Centre had been great."

The Games got underway on Thursday with the athletes parading through Belfast city to mark the competition’s opening.

Patrick Murphy, President of NIVB, said this was the third time the Transplant Games had been held in Northern Ireland.

“It’s an opportunity for us to give something back and it’s always an enjoyable tournament which is keenly competed. This competition also sends out a clear message that if people who have come through major surgery can play volleyball, then anyone can.”

One of the players taking part today was Robert Rayner from Sheffield. He had a kidney transplant in 2000 – the organ was donated by his wife Betty, who is also the team manager.

“We really enjoy the tournament, I’ve been coming for 12 years now and it is always really well organised. It’s good to see people you have met before and meet new faces. It also plays an important part in promoting the organ donor register,” Mr Rayner said.

“The Games are very important to the people that compete year after year and in raising awareness about organ donation.

“The number of people registered in Northern Ireland passed the half a million mark yesterday and that is great news. We were able to announce that at the opening ceremony and it’s a tremendous figure.

“A lot of people have an image in their head of what someone who receives a transplant looks like but as you can see from the people taking part today, they are very healthy.

“The Games also provides a social opportunity, many of the people here have been taking part for years and know each well.”

The British Transplant Games will finish on Sunday 7 August. 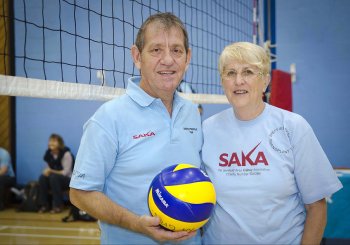 Robert and Betty Rayner from Sheffield 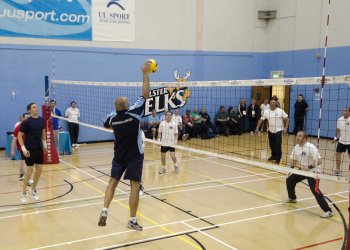