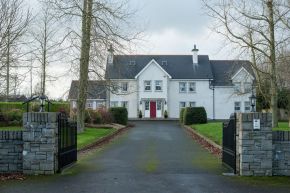 The Ulster University research, which has been produced in partnership with the Northern Ireland Housing Executive and Progressive Building Society, analyses the performance of the Northern Ireland housing market during the first quarter of 2021 (January, February and March).

Putting these figures into context, the average price recorded during the first three months of the year was the highest since autumn 2008. The 2,829 transactions captured in this report is the highest number seen in well over a decade.

The extension of both the government furlough scheme and the stamp duty holiday, the introduction of government guarantee (95%) mortgages, and increased savings, has culminated in a market characterised by increased transactions, buyer demand and purchasing power.

Quarterly growth appears to be driven by the increased activity particularly within the semi-detached and detached segments of the market across the region, as an increasing number of people opt to trade up and relocate.

83% of agents contributing to the survey confirmed they had experienced a higher volume of sales relative to Q4 2020 and the majority of estate agents surveyed expect market buoyancy to continue through into next quarter. Just over half of agents surveyed highlighted that they had experienced increasing demand for property in more ‘rural’ locations since they reopened following the pandemic enforced closure.

Overall, the analysis by price band shows an increase in the sales of properties transacting in the lower end of the price distribution, demonstrating a 7% increase up to the £150,000 benchmark. This is suggestive of more properties suited to first time buyers transacting within the market. Equally, the three percentage point increase in the proportion of transactions within the £200,000 to £250,000 price range continues to imply that trading up is occurring within the market.

The sample representation by property type this quarter is indicative of the wider housing market stock profile and in line with previous quarters, with minor changes notable. Semi-detached houses continued to be the most common house type in the sample, representing 37% of all transactions (n=1,041). There was a slight increase in the percentage share of terraced/townhouses by one percentage point to 22% (n=636). While apartments continued to account for the smallest share of the market, they displayed the largest increase from 9% to 11% (n=302) in terms of sample representation relative to the last quarter of 2020. Detached houses comprised 30% of all sales (n=850), a decrease of two percentage points relative to the previous quarter. The proportion of new build properties within the sample also remains in line with previous quarters, representing 23% of sales (n=633).

“The impact of the COVID-19 pandemic on the housing market has resulted in some notable trends, particularly in terms of market psychology as buyers and sellers alike have evaluated their housing options and lifestyle choices.  The final quarter of 2020 demonstrated heightened levels of market transactions, particularly for what was always seen traditionally as a quieter period of the year. This trend remains for the first quarter of 2021, with market activity and competition amongst buyers high and increasing and showing no obvious signs of diminishing moving into the second quarter.”

Elma Newberry, Assistant Director of Land and Regeneration with the Housing Executive, said:

“This latest analysis shows continuing strong demand in the residential property market, with the highest number of transactions in the sample for some time. Relocation decisions by existing owners – to a larger home or a different area – seem to be a key driver of both the demand and the level of annual price growth, which partly reflects the current structure of the market.  However, the situation for those younger households and prospective first time buyers whose financial position has been impacted by the events of the last year is likely to be more challenging.”

“Strong momentum and buoyancy in the market in Q4 2020 has continued into the first quarter of 2021, despite the lockdown in the first three months of the year, with demand seeing a quarterly price rise of 3.0% and an annual increase of 6.9%.The positive analysis by the Bank of England of a rapid recovery in 2021 is also encouraging, as the UK-wide vaccine programme supports the re-opening of society which in turn will be a catalyst for consumer spending and economic activity. However, with the longer-term outlook dependent on a number of factors, including that all important economic bounce, with the need for policies in place that continue to support businesses and employment, it is crucial that we see strong leadership maintaining our key foundations of political and economy stability.”