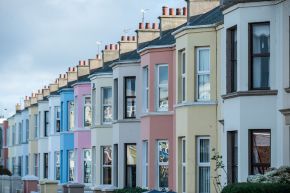 Analysing the performance of the Northern Ireland housing market between October- December 2018, the report reveals an overall average house price of £163,165, up 4.9% over the year. The volume of transactions in the survey is 1,954.

Estate agents’ market observations this quarter have been dominated by the impending Brexit deadline. There is a strong feeling that many vendors, purchasers and investors are collectively holding off from any significant decisions relating to property transactions until the outcome of the ongoing Brexit negotiations has been decided.

"This latest survey of the condition of the housing market in Northern Ireland indicates a continuation of the more subdued market conditions observed in the last quarter after the high growth levels observed in the first half of the year.  Annual increase for 2018 is resilient at 4.9% however quarterly growth is considerably more moderate, with very little change in overall average price during the last three months of the year.  This is consistent with housing markets elsewhere within the UK and would appear to reflect the high levels of political and economic uncertainty both in Northern Ireland and the wider economy.”

“While quarterly growth for Q4 was more subdued than in Q1 and Q2 of 2018, this report reflects a housing market that is sustainable compared to the same period in 2017. The well documented current political challenges may have impacted vendors’ decision making this quarter, resulting in suppressed sales with seasonality also playing a factor.  However, with unemployment rates below the UK average and continued affordability, the housing market is in a healthy place.”

“The local housing market was relatively buoyant in 2018 against a mixed background of political and economic conditions, and most of these factors carry over into 2019.  All other things being equal, we would expect the relatively affordable and stable housing market conditions of recent years to continue, but the uncertainty about Brexit and what it may mean for the wider economy and consumer confidence in Northern Ireland may well have some impact on the housing market in coming months, depending on what happens at the end of March.”

The full report is available to read here: https://www.ulster.ac.uk/research/institutes/built-environment/centres/research-property-planning/housing-market-reports/house-price-index/