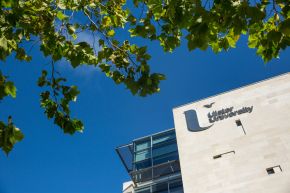 Professor Frank Lyons, Associate Dean for Research & Impact, Faculty of Arts, Humanities and Social Sciences has been awarded an MBE for services to Higher Education & Music. He has played an integral role in the growth and development of the music provision in Ulster University, with student numbers more than doubling in size since he joined the University. He was integral to securing an investment of £13 million for the Future Screens NI venture, the largest single investment in the creative industries in NI.

Professor Marie McHugh, Professor of Organisational Behaviour & Former Dean of Ulster University Business School has been awarded an OBE for services to Higher Education & Business Development. Under her leadership the Business School has played a central role in developing and promoting an extensive range of programmes aimed directly at supporting Northern Ireland's economic development. A former President of the British Academy of Management (BAM), Marie was awarded a BAM Fellowship in 2013, the only Fellowship to be awarded in NI, in recognition of her leadership.

Professor Alan Smith, UNESCO Chair at Ulster University has been awarded an OBE for services to Education. Alan is the longest serving UNESCO Chair in the UK which was established in 1999 following the peace agreement in Northern Ireland where he has contributed to the development of integrated education and the introduction of citizenship education. Alan’s research on education, conflict and peacebuilding has been influential internationally.