The Graduate School at Queen’s University Belfast and The Doctoral College at Ulster University co-hosted the interdisciplinary event, which was the first collaboration of its kind between the two universities.

At the event, the Vice-Chancellor of each university addressed the audience to discuss the breadth and impact of research currently undertaken in Northern Ireland by highly skilled doctoral researchers and the impact this has on local business and the economy.

Eight doctoral researchers from the two universities presented their research topics in just three minutes each. They had all previously taken part in the 3MT® (Three Minute Thesis) competition. 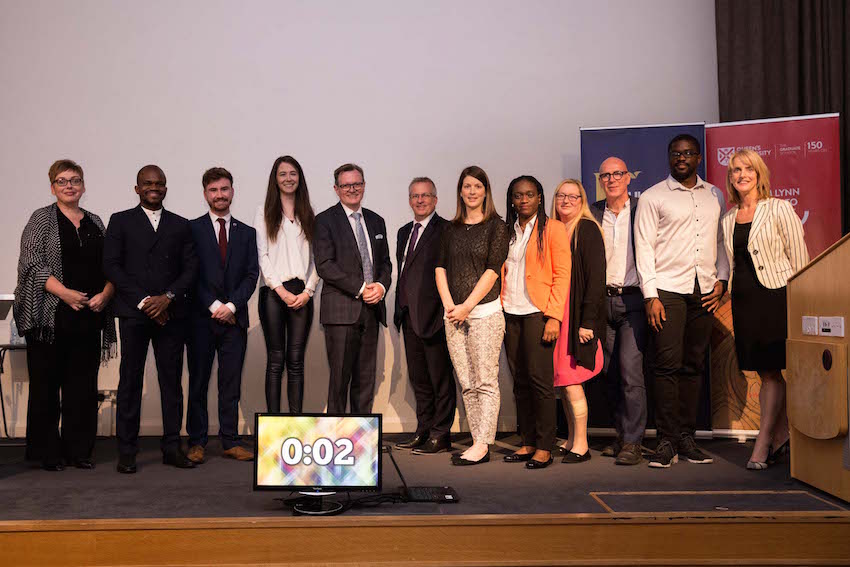