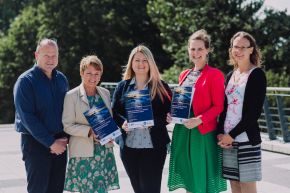 A report released today, Friday 22nd June, by Ulster University has revealed that a high proportion of veterans in Northern Ireland approve of a dedicated Veterans’ Centre, whereas service providers largely do not support the establishment of such a centre.

The report, funded by the Forces in Mind Trust, is the third in a series of reports from the Northern Ireland Veteran’s Health and Wellbeing Study. The aim of this research was to gain insight into the perspectives of veterans and service providers in Northern Ireland regarding the potential need for a dedicated Veterans’ Centre in the region.

The findings come from 13 focus groups conducted with military veterans, 20 individual interviews conducted with service providers who support veterans in the region, and early responses from the ongoing Northern Ireland Veterans’ Health and Wellbeing Survey.

Both veterans and service providers expressed some security concerns around a dedicated Veterans’ Centre. Some felt that the centre would be seen as a physical target.

Other potential difficulties were highlighted by service providers, including the creation of dependence and a lack of self-help, and concerns over funding for the Centre. Both service providers and veterans agreed it might be difficult to identify an appropriate location which is accessible by public transport. Both also agreed that a Veterans’ Centre should be centrally located, or alternatively there should be several satellite hubs.

“We are now seeing a common theme through our reports that veterans themselves are highlighting that they need more support, and that this is mirrored by public opinion. Although veterans and service providers may disagree on the establishment of a dedicated Veterans’ Centre there is widespread agreement on the need for more support services, in particular mental health and wellbeing support.

“Indeed, our recent report using Life and Times Survey data found that 77% of the NI public believe a specialist mental health service should be provided in NI for current and former Armed Forces personnel. Our recommendation to set up an exploratory committee comprising of both veterans and support providers would help to open up productive discussion on how to best address existing issues with services and to discuss the practicalities and feasibility of a veterans’ centre.”

“This sensible report by Ulster University takes a measured approach, and we support further work within Northern Ireland to identify the full range of issues. Policy and service provision decisions need to be based on the best evidence available, and it is clear that more understanding is needed.”