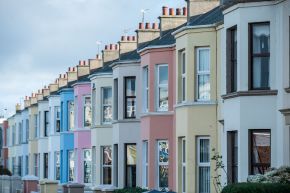 Ulster University’s research is produced in partnership with the Northern Ireland Housing Executive and Progressive Building Society. Analysing performance of the housing market between January and March 2017, it reveals an overall average house price of £153,448, up 5.9 per cent over the year and less than 0.5 per cent over the quarter.

The University research indicates that the volume of house sales for the first quarter of 2017 is lower than the final quarter of 2016, however it suggests this remains at a reasonably healthy level. The research points to seasonal impacts on the market as cause of this negative adjustment. It suggests that increased uncertainties arising from Brexit and the current political impasse locally may have also contributed.

“This research is designed to provide a useful analysis tool for those wanting to buy or sell residential property in Northern Ireland.  The main finding of this report is that the overall housing market is experiencing some positive growth over the year, but over the quarter growth appears to be more static.

“As part of our research, we gather insights from estate agents across the region. We found there was a general feeling of uncertainty from agents concerning the performance of the market during the first quarter.

“Along with agents concerns around political instability and Brexit, they indicate an issue of supply in terms of good quality affordable homes. Agents are pointing to a demand, especially from first time buyers, that is potentially being curtailed by the lack of new build starter homes. In the opinion of many, there needs to be more new build activity to help boost sales.

“Our research shows that in terms of annual performance, all property types have increased in average price, however over the quarter it indicates that performance was more variable. At a regional level a number of areas saw an increase over the quarter, including North Down, East Antrim, Londonderry and Strabane, Antrim and Ballymena, Mid and South Down, and Craigavon and Armagh.”

“The Northern Ireland housing market has performed well over the last year and while uncertainty has played a factor in reduction in growth between Q4 2016 and Q1 2017, this is a seasonal period with lower transaction levels in the market annually.

“These latest figures reflect the affordability there is in the housing market in Northern Ireland and despite political upheaval, the economy has shown its resilience with activity having grown by 2.1 per cent in the last quarter of 2016 and unemployment falling.

The Northern Ireland Housing Executive, which funds the research, has also commissioned Ulster University to research the performance of the private rental market.

“In spite of continued uncertainty associated with various local and national issues, the latest House Price Index survey and the most recent report on the Performance of the Private Rental Market in Northern Ireland suggest that both the house sales and rental markets remain relatively stable.

“This research is also consistent with the preliminary findings of the NIHE 2016 House Condition Survey, which were published in March 2017 and confirmed that the private rented sector continued to grow over the last five years, albeit at a slower rate.

“It is vital that we continue to monitor trends and developments across the housing market in order to gain a clear picture of the dynamics at work and inform planning and future policy.”

The full report can be viewed at ulster.ac.uk/housing-market-reports