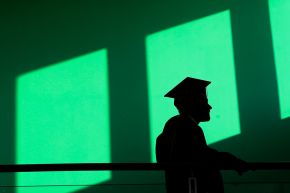 Following the success of the Northern Ireland and Republic of Ireland teams in the 2016 UEFA European Football Championships, managers Michael O’ Neill and Martin O’Neill are to receive honorary degrees from Ulster University for their outstanding contribution to sport.

They join 13 inspirational individuals working across sport, the arts, the economy, engineering, peacebuilding and the community, who will be honoured by the University for making an exceptional contribution to their field, at the University’s 2017 summer graduations.

Steve Coyle, CEO of AFL-CIO Housing Investment Trust and the Reverend Gary Donegan of the Peace and Reconciliation Office are to be recognised for their contributions to peacebuilding, while Sally O’Neill is honoured for her overseas development work.

The Comptroller of New York State, Thomas DiNapoli, will be honoured for promoting US investment in Northern Ireland, and Patrick Yu, former CEO of the NI Council for Ethnic Minorities, for his outstanding contribution to the promotion of racial equality, diversity and multiculturalism.

For services to engineering, David Orr and Wendy Blundell are recognised, as is Peter Sachs for his contribution to teaching and research in digital electronics.

In the arts, Fr Harry Coyle, Sean Doran, John Irvine and Dáithí O’ Ceallaigh are recognised for contributions to the Irish language, international arts and journalism respectively, while Richard Simms gets an honorary degree for his achievements as a sports agent.

“Each of these recipients has made an indelible mark in their field, advancing knowledge, building community, achieving excellence and above all acting as inspirational role models for us all.

“They display leadership, progressive thinking, compassion, bravery, integrity and tenacity alongside superlative skills and talent – characteristics that we aim to instil in all our students.

“One of the objectives of our new Five and Fifty strategic plan is to see Ulster University make a lasting contribution to society and to encourage diversity within our University community. These honorary degree recipients are people who are delivering on those objectives.

“As our next cohort of students prepares to graduate, I hope that they will be inspired by these people who, through the generous application of their talents, have made a positive impact on society.”