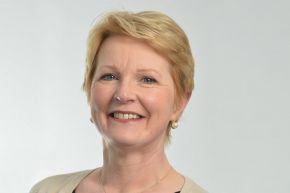 Ulster University research has today revealed the most in-depth survey of public attitudes to abortion ever conducted in Northern Ireland. The research presents key findings on local attitudes to existing law on abortion, whether the law should be changed and in what circumstances, and views on the criminalisation of abortion.

Ulster University research has today revealed the most in-depth survey of public attitudes to abortion ever conducted in Northern Ireland.

The research presents key findings on local attitudes to existing law on abortion, whether the law should be changed and in what circumstances, and views on the criminalisation of abortion.

In Northern Ireland, access to abortion is only permitted if a woman’s life is at risk or there is risk to her mental or physical health that is long term or permanent. Fatal foetal abnormalities, rape and incest are not circumstances in which abortions can be performed legally. According to the British Medical Association, 16 legal abortions were performed in NI 2015/16.

Ulster University’s findings show there is very strong support among the Northern Ireland public for abortion to be allowed where there is a risk to the life of the woman, a serious risk to her physical, or mental health, in cases of fatal or serious foetal abnormality or where a pregnancy is a result of rape or incest.

“These findings come at a pivotal time when the Supreme High Court has just ruled that Northern Ireland women are still not entitled to free NHS abortions in England.”

Furthermore, 81 per cent believe that abortion should definitely or probably be legal where the foetus has a fatal abnormality and will not survive the birth. The figure is 73 per cent where the foetus has a serious abnormality and the baby may not survive beyond birth. Seventy-eight per cent stated it should be probably be legal where a woman has become pregnant as a result of rape or incest with over half (54 per cent) of those taking part in the survey saying  abortion should definitely be legal in this case.

Over 40 per cent (43 per cent) said it should definitely be illegal for a woman to have an abortion because she has become pregnant and not does not want to have children with 17 per cent saying it should probably be illegal.

“Religious faith is associated with attitudes to abortions with Catholics found as being less accepting of abortion than Protestants and non religious respondents. There is also evidence that support for abortion has increased among both Catholics and Protestants since 1990.”

Seventy two per cent of Catholics, 84 per cent of Protestants and 93 per cent of those with no religion said that abortion should definitely or probably be legal to have an abortion if the foetus has a fatal abnormality and the baby will not survive beyond the birth.

For a woman who has become pregnant because of rape or incest, 69 per cent of Catholics, 81 per cent of Protestants and 93 per cent with no religion stated it should be definitely/probably legal to have an abortion.

The results also show that 53 per cent definitely or probably felt a 15-year-old girl should be allowed to have an abortion. The figure was 45 per cent for a 51-year-old woman.

In relation to women travelling to England to access private abortions, 77 per cent agreed ‘that we are exporting our problems rather than dealing with them’. Those aged between 45 and 54 years were the category most likely to strongly agree with that statement (42.1 per cent).

From those who took part, 72 per cent believed it is unfair that some Northern Ireland women can afford to travel and pay for a private abortion in England and others don’t have the money to do this, while 77 per cent felt it is unfair that women in Great Britain can have an abortion within the NHS but Northern Ireland women cannot have an abortion on the NHS anywhere within the UK.

There was strong opposition to the criminalisation of abortion, including in cases where people buy abortion pills online over 70 per cent of respondents saying that a pregnant woman should not face criminal charges for buying pills online if she has become pregnant as a result of rape or incest, if there is a risk to her life or a serous threat to her mental or physical health.

Funded by the Economic and Social Research Council, Ulster University’s research, based on the survey of 1,208 adults, was launched by ARK at a special event in Belfast today to mark the release of the 2016 Northern Ireland Life and Times Survey.

“Northern Ireland currently has some of the most restrictive abortion laws in the world.  Women who are viewed as infringing these laws and those who assist them are subject to criminal penalties.”

“Our findings provide evidence that abortion legislation in Northern Ireland is out of step with public opinion and there is very strong support for changes to the law.”

“We believe that this extremely timely and comprehensive piece of research into a very emotive topic can and should inform the discussion and any future decision making.”