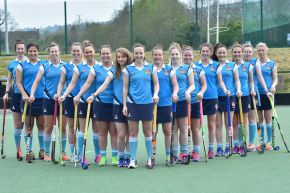 For the first time ever the Ulster University Elks will travel to Prague to take part in the EuroHockey Club Champions Challenge, the leading woman's field hockey competition in Europe.

The University's hockey team qualified for the elite competition after taking home the Irish Senior Cup trophy in 2015 as the top ladies hockey team in Ireland. Ahead of the competition, the players have been preparing at Ulster University's world-class sporting facilities at Jordanstown including the state-of-the-art acclimatisation chamber that adjusts training temperatures to those the team is set to face in Prague.