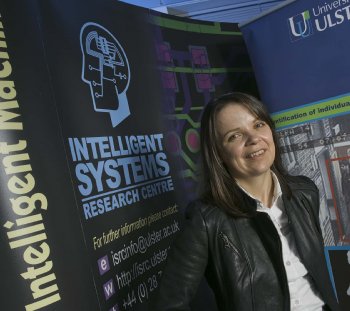 A team of Ulster academics based at the Intelligent Systems Research Centre at Ulster’s Magee campus, have developed digital watermarking technology to ensure the security of transmitted data through hidden software messages.

HidInImage is the product of a decade of research into steganography - the science of writing hidden software messages in such a way that only the sender and intended recipient realise they exist. It wasthe first university spin out company in Northern Ireland to get funding from the Ulster Innovation Fund, part of the NISPO fund (Northern Ireland Spin Outs) managed by eSynergy. NISPO is an initiative launched by Invest Northern Ireland to provide financial support to start ups and businesses in the early stages of development.

Now HidinImagehas secured an additional £125,000 in the second round of NISPO funding, with additional support from a private investor.

According to Dr Condell, digital technology gives a 21st century twist to the ancient science of steganography and presents new and exciting opportunities for embedding and disguising messages within computer files.

She said that the digital watermarking technology developed by HidinImage has many potential applications, such as hiding personal or sensitive data in photo images, identity cards and other digital media.

“HidInImage technology could be used in many different situations, such as authenticating identity to tighten security at airport checks-ins and other public access points; securing watermarking for forensic photographic and video evidence transmitting sensitive information like medical records securely; as a means of strengthening protection of copyright; or guaranteeing that images and videos have not been tampered with."

“The digital watermarks are embedded directly into the content of a digital image so, although the watermarks can’t be seen by the human eye, they can be recognised and read by enabled software and/or hardware for authenticating, tracking or monitoring purposes.

“The embedding technique used by HidInImage is impervious to image and data compression so the image can be copied and moved around without anyone knowing that the text exists.”

Tim Brundle from Ulster’s Office of Innovation said the ISRC’s research into the security of digital technologies has great potential as a commercial venture.

“HidInImage is a platform technology with many exciting market opportunities. It is the first of a number of Innovative digital Technologies being developed within Ulster’s Intelligent Systems Research centre which have significant commercial potential.

This commercialisation of research has been endorsed by Professor Hugh McKenna, the University’s Pro Vice Chancellor Research and Innovation who said:

“Ulster’s aim is to develop further a culture where research, discovery, creativity and innovation are encouraged and appropriately supported.

Hidinimage is a perfect example of how world leading research can be commercialised to make a positive impact on the economy and society. This is an exciting company and one that is really at the cutting edge of futuristic technology.”

Computer Science research at the University of Ulster was placed amongst the top universities in the UK in the last Research Assessment Exercise. It was ranked 15th for research power, moving up from 49th place in the previous RAE.

The University of Ulster’s submission of 41 staff was the 8th largest in the UK, with 55% of the submission judged to be world-leading or internationally excellent, and 90% internationally recognised.Computer Science is a highly competitive discipline - the 3rd largest unit of assessment in the UK, involving all of the leading universities.