Pulitzer Prize-Winning Poet In Conversation At The Riverside Theatre

Pulitzer prize-winning poet, Paul Muldoon is the latest high-profile guest to feature in the University of Ulster’s acclaimed Life Stories series of events.

Pulitzer Prize-Winning Poet In Conversation At The Riverside Theatre 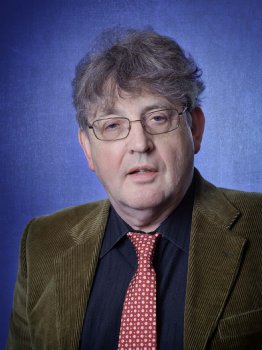 Pulitzer prize-winning poet, Paul Muldoon is the latest high-profile guest to feature in the University of Ulster’s acclaimed Life Stories series of events.

Described by The Times Literary Supplement as ‘the most significant English-language poet born since the Second World War’, the Portadown-born laureate will be in conversation with Professor Paul Moore, on Wednesday, March 20, 2013, at the Riverside Theatre Coleraine.

Life Stories, in partnership with Danske Bank, is a series of interviews with prominent University of Ulster graduates and honorary graduates who have excelled in their chosen sphere.

These one-to-one discussions offer audiences the opportunity to hear a personal account of the life and achievements of distinguished University of Ulster alumni.The in-depth interviews, punctuated with examples of their work, explore each guest’s early years, the key landmarks in the development of their career and the highs and lows of their working life, as well as their outlook and plans for the future.

This is the first Life Stories event to take place on the Coleraine campus and as Muldoon is now resident in the USA, this unique evening will provide a rare opportunity to hear from one of our most talented poets.

Over the course of his career, Paul Muldoon has published more than 30 poetry collections and as well as being a recipient of the Pulitzer Prize for Poetry in 2003, and the TS Elliot Prize (1994), he held the post of Oxford Professor of Poetry from 1999 to 2004.

In his present role at Princeton University, USA, he is both the Howard G B Clark ’21 Professor in the Humanities and chair of the Lewis Center for the Arts.

He is also the president of the Poetry Society (UK) and Poetry Editor at the New Yorker magazine.

In July 2001, Muldoon was awarded an Honorary Doctorate of Letters (DLitt) from the University of Ulster for his outstanding contribution to literature.

He is also a visiting professor with the University of Ulster’s School of English and History.

“In doing so, the University of Ulster is supporting the cultural life of the North West and I am delighted to welcome the Life Stories series and Professor Paul Muldoon to the Coleraine campus.”

Danske Bank Marketing Manager Michael McLaughlin, said: “Danske Bank enjoys a longstanding relationship with the arts and culture in Northern Ireland, from bringing the arts to children, to supporting local talent and productions.

*Life Stories: In Conversation with Paul Muldoon, is at the Riverside Theatre, Coleraine, on Wednesday March 20, 2013, at 8pm. Admission is free, but reservation is required. Call: 028 71675679, or email: c.mullan@ulster.ac.uk Notes to editors: Paul Muldoon was born in Portadown, Co Armagh in 1951 and educated at St Patrick’s College, Armagh and Queen's University Belfast.

From 1973 to 1986 he worked in Belfast as a radio and television producer for the BBC. Since 1987 he has lived in the United States,

He has also written opera librettos, plays, essays on Irish literary connections, three books for children, and translations of poetry from Irish and from Greek.

Professor Paul Moore is Head of the University of Ulster’s School of Creative Arts at the Magee campus. He has published widely in a range of journals and his own practice is in the area of sound art.

He has produced a number of commissioned gallery exhibitions in Coventry, Belfast, Lough Neagh, Derry and, most recently, the National Gallery in Namibia.

In his spare time he is a freelance broadcaster with BBC Radio Ulster and has written and presented a range of documentaries for BBC national radio.