Academics, businesses and government need to work together on credible policies to revive the Northern Ireland economy, a senior University of Ulster academic urged tonight. 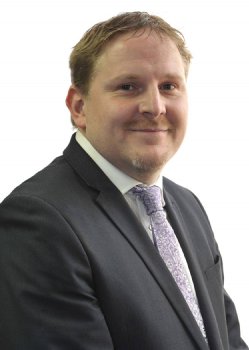 Academics, businesses and government need to work together on credible policies to revive the Northern Ireland economy, a senior University of Ulster academic urged tonight.

The Ulster Business School’s Professor Neil Gibson (pictured), Director of the Northern Ireland Centre for Economic Policy (NICEP), told the annual Provost’s Business Lecture, in association with Coleraine Chamber of Commerce, that it was not sufficient to place the onus for fresh economic thinking solely on the shoulders of politicians.

He told an invited audience of business leaders from the Coleraine area that through NICEP’s research, the University was demonstrating its willingness and desire to foster realistic debate and develop imaginative solutions to the challenges facing the economy.

“Everyone knows how challenging the economic conditions are at present but there have been very few new policy ideas put forward to revive the local economy, even though the global recession struck five years ago,” Professor Gibson told the lecture at the Riverside Theatre.

“We are arguably halfway through what many commentators are referring to as a lost decade and yet new ideas in economic policy are thin on the ground.

“It is too easy to say politicians or policymakers are not doing enough. There needs to be a credible set of policy choices presented, debated and ultimately implemented.

“Businesses need to articulate their policy ‘asks’ in a costed and evidenced way. Wish lists are sadly all too common.”

Professor Gibson said NICEP would have a key role to play alongside political and business leaders in encouraging a more honest and realistic debate about the future direction of the economy.

“People can deal with a problem when they know what it is,” he said.

“We need to be braver with our citizens and tell them the economic facts of life.”

Professor Gibson noted Northern Ireland relied on annual fiscal support to maintain its standard of living that was roughly equal to the entire cost of the London Olympic Games.

However, the NICEP director argued it was unrealistic to assume the province was entitled to this level of support.

“The idea that we have some ‘entitlement’ to this level of support is potentially dangerous and we need people to understand that changes to public spending, to welfare payments, to our health service and all the other publicly provided services may be unpleasant but the conversation must take place,” he said.

“We need a new level of economic debate to foster a new era of responsibility.”

Professor Gibson said the key policy debate as to whether governments should spend more or cut more in response to economic conditions was a more subtle one that what was currently being portrayed.

He suggested perhaps a new approach embracing both tactics may be required.

“At what is a challenging time for the Northern Ireland economy, it is vital that there is fresh thinking and a robust examination of how the economy can move forward,” Professor Heenan said.

“The Northern Ireland Centre for Economic Policy will step up to that challenge and it shows how the University is eager to play a central role in formulating policies that could revive the economy.

"The University is delighted to host this event in conjunction with Coleraine Chamber of Commerce. The Universityis committed to its integral role in the economic life of the region and the local, national and international economy. Events such as this highlight its crucial role as creator, receptor, and interpreter of knowledge and ideas.

“I have no doubt the business community - not only those who have heard Professor Gibson’s lecture in Coleraine tonight butthroughout Northern Ireland – will welcome the opportunity NICEP presents for a realistic debate on the paths we must take.”

Watch a video interview with Professor Gibson at: