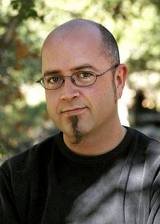 Two leading film concept designers with a stellar list of credits to their names will be in Belfast this weekend to deliver lectures and masterclasses at the University of Ulster.

Paul Tobin and Frank Victoria, who between them have worked on films such as Avatar (2009), The Lion the Witch and the Wardrobe (2005), Prince Caspian (2008), King Kong (2005) District 9 (2009), The Adventures of Tintin: The Secret of the Unicorn (2011)‘The Hobbit’ and Thor: The Dark World, will deliver a public lecture at the University of Ulster campus thisFriday(Conor Lecture Theatre, 7pm).

They will also run weekend workshops on 2Dconceptdesign for film and television on the campus.

Their visit has been funded by NI Screen.

Greg Maguire, Professor of Visual Communication at the University of Ulster – himself a leading figure in the world of animation following his work on James Cameron's Avatar (2009) – is hosting the visit. He said:

“The Belfast School of Art is committed to developing artists for the new and emerging Creative Economy. Having Paul Tobin and Frank Victoria, two of the lead designers at Peter Jackson’s Weta Workshop, accept our invitation to run a workshop at the University is an incredible achievement. I’d like to thank Northern Ireland Screen our partners in this for helping to make it happen.”

Born in NewZealand, Paul pursued his interests in archaeology and travel before attending the Institute of Communication Design at Massey College of Creative Arts. Upon graduation he then began work at Weta Workshop where he has been employed as a senior concept designer for the last 10 years.

He has most recently completed work on Peter Jackson's Hobbit Trilogy and he has also worked on James Cameron’s Avatar (2009), Andrew Adamson’s, The Lion the Witch and the Wardrobe (2005), Prince Caspian (2008), Peter Jackson’s King Kong (2005) and a brief tour on Neill Blomkamp’s District 9 (2009) and Steven Spielberg’s The Adventures of Tintin: The Secret of the Unicorn (2011).


In addition to his role as a concept designer Paul works as a freelance illustrator and also conceived, art directed and designed Weta Workshop’s book The Crafting of Narnia and co-designed The World of Kong: A Natural History of Skull Island.

In 2010 Paul created ‘White Cloud Worlds’, an anthology of sci-fi and fantasy artwork from New Zealand, which comprises of two art anthology books and a touring exhibition. www.whitecloudworlds.com

Frank was born in Canada and has lived in France, England and New Zealand. He spent six years writing and illustrating his own graphic novel series before moving into film concept work.

He now spends his days as a senior concept designer at Weta Workshop, starting in 2003 on the successful children’s television show ‘Jane and the Dragon’. Since then he has worked extensively on Steven Spielberg’s The Adventures of Tintin: The Secret of the Unicorn (2011) and most recently on Peter Jackson’s ‘The Hobbit’ and Thor: The Dark World.

Frank is currently freelancing and teaching in England.