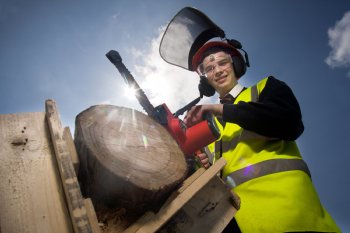 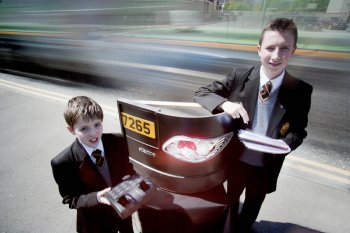 Participating in the BT Young Scientist & Technology Exhibition could help young people turn their innovative ideas into commercial ventures, according to Professor Richard Millar, Dean of the Faculty of Engineering and Computing at the University of Ulster.

Professor Millar said: “We are committed to working with the BT Young Scientist to promote the benefits of investing in STEM activities for young people and to raise awareness about the unlimited career opportunities in STEM related subjects.”

He continued: “It enables students to show their potential and, for some, turn innovative ideas into commercial ventures. By challenging and engaging with young people, we can encourage uptake in science and technology related subjects at second and third level education, a key enabler to drive forward and build our knowledge based economy.”

BT has released research on trends in the projects entered over the past six years (2007-2012 exhibitions) to understand patterns in students’ thinking, how they make decisions and from where they draw their inspiration and subject matter.

The extensive research into over 3,000 qualified projects revealed that participating students have dramatically evolved their ideas to reflect the constantly shifting economic, environmental and social landscapes across the island of Ireland over this period. Increasingly students understand the value of creating and owning entrepreneurial ideas. In the 2012 exhibition, 15% of qualified projects (more than one in every seven entered) demonstrated entrepreneurial flair coupled with honed business acumen – however, this figure rose to 30% of projects from Northern Ireland. This is is stark contrast to six years ago when just 2% of projects could be considered commercially-viable.

Exports: Vital to the recovery of the economy, agriculture remains a key component of the export market. Exhibiting students have shown they understand the benefits of agriculture as a commercially viable opportunity. In 2012, over 60 projects focused on the agri-business sector, representing a four-fold increase on the 2007 entries in this sector.

Smart students know the value of smart technology. The 2011 and 2012 exhibitions saw a number of apps developed for the everyday consumer from inception right through to delivery of a commercially-viable business venture.

Renewable Energy: There has been a five-fold increase in the number of projects investigating possible alternative and renewable energy sources.

Social Media: Students in 2012’s exhibition were concerned with the dangers of social media and how to protect themselves online. This represents a significant change in attitude from 2007, when many such entries focused on the benefits and attributes of social media.

Environmental Conservation: There has been a five-fold increase in the number of
projects geared towards conservation of the environment.

Mental Health: The number of projects relating to mental health issues has dramatically increased. In 2007, just two projects referenced the topic, compared with over 20 in the 2012 exhibition.

Geographical Trends: A number of counties have continued to increase their volume of entries every year:

Colm O’Neill, Chief Executive, BT Ireland, said, “The island of Ireland has faced well-documented challenges in the past number of years, and it is inevitable and unfortunate that our young people will bear some of the burden as the future generation of leaders. But as evidenced by their participation in the BT Young Scientist & Technology Exhibition, we have vast numbers of bright young people whose focus is on discovering solutions to our problems, on bettering the economy and society. As we count down to the 49th exhibition, I’d encourage all students to send in their ideas because we’ve proven that the exhibition can lead to brilliant opportunities for those that participate.”

The closing date for entry for the 2013 BT Young Scientist & Technology Exhibition is just over four months away - Monday 1st October 2012. It will take place in the RDS, Dublin from January 9th – 12th 2013. There are over 120 awards including the overall BT Young Scientist & Technologist of the Year. In addition, BT offers over 30 participating students the opportunity to take part in the BT Young Scientist Business Bootcamp – an intensive innovation skills camp that BT runs after the exhibition to give students commercialisation skills. For more information, go to www.btyoungscientist.com.