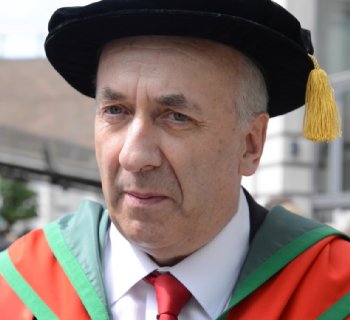 Danny Murphy, who receives the honorary degree of Doctor of Science (DSc) in recognition of his contribution to sport and community relations, is the Provincial Secretary and CEO of the Ulster Council of the GAA.

A former Chairman of the Down County Committee and selector with Down Senior Football in the early 1990s he is also a former member of the Central Council and Vice President of the GAA, and also served as Vice-President and President of the Ulster Council before his appointment as Provincial Secretary.