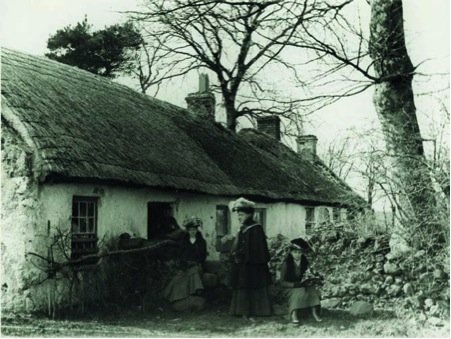 A touring exhibition on the influences that have shaped Ulster-Scots poetry has been launched by the University of Ulster.

Entitled ‘Every Townland Earned its Name in Song: John Hewitt’s Ulster-Scots Tradition’ is one of the centrepiece attractions at this year’s John Hewitt Summer School.

It will run at the Marketplace Theatre, Armagh, until 20 August, before touring the province and finishing at the Magee Campus in November 2013, as part of Ulster’s City of Culture activities.

Consisting of a state-of-the art series of panels that tell the story of John Hewitt's fascination for the poetry of the Rhyming Weavers, the exhibition traces the history of the Scots language in Ulster and how it became an integral part of the poetry of local poets.

The narrative also follows the history of printing and the linen industry in the north of Ireland and how it had an impact on Ulster literature. There is a map showing where Ulster-Scots poetslived and wrote.

Visitors can also nominate other poets to be included as the exhibition evolves and moves from venue to venue.

The centrepiece in Armagh will be a bronzebust ofJohn Hewitt, which has been generously lent to theproject by the Linen Hall Library. Later venues will includesoundandfilm recordings and examples of Hewitt's personal Ulster-Scots library.

The project is co-ordinated by Dr Frank Ferguson and Dr Kathryn White from the School of English and History and is designed by Professor John McMillan of the School of Art and Design.

Dr Ferguson said: “We are delighted to announce the launch of this exhibition. At Ulster, we are particularly fortunate to have John Hewitt’s personal library of Ulster poetry books, and it is marvellous to get the opportunity to communicate the significance of Hewitt’s work to the general public.

“We are particularly happy to have the support of the Ulster Scots Agency in such a major exhibition and outreach project and to have John McMillan, who worked with Hewitt, as our designer has been a fantastic experience.”

Dr White added: “We are very excited about this project as it develops work that the University has already carried out on Ulster and Ulster-Scots poetry and opens up many new opportunities for our research to be heard.”

The exhibition has been made possible by a project partnership agreement with the Ulster-Scots Agency and by grant funding from the University’s Arts and Humanities Research Institute.

As part of the project, the co-ordinators will be organising a series of talks, schools workshops and other activities to explore John Hewitt’s enthusiasm for Ulster-Scots literature.

‘Every Townland Earned its Name in Song: John Hewitt’s Ulster-Scots Tradition’ is at the Marketplace Theatre, Armagh, until 20 August 2012. For information about the project, future exhibition venues, talks and workshops, email either Dr Frank Ferguson (f.ferguson@ulster.ac.uk) or Dr Kathryn White (k.white@ulster.ac.uk), or call: +44 (0)28 70123577.

Caption:Crambo Cave, the home of Ulster-Scots poet, Samuel Thompson (courtesy of Newtownabbey Borough Council), who features in the exhibition