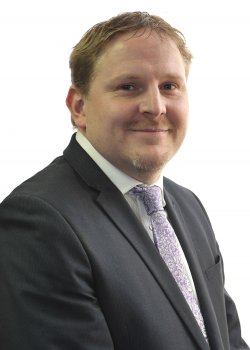 The renowned economist Professor Neil Gibson is to head up a new research centre in the University of Ulster reviewing the performance of the Northern Ireland economy.

Professor Gibson is an alumnus of the University who for the past five years has been a Director of Oxford Economics.

He is one of the best known media commentators on the Northern Ireland economy.

In his new role, which he will take up in the New Year, he will head the Northern Ireland Centre for Economic Policy (NICEP) which will be based at the Ulster Business School and will regularly assess the state of the economy as well as informing and critiquing Northern Ireland Executive policies.

"I am delighted Professor Gibson will be joining us to lead this important unit," Professor Barnett said. "There is no doubt that Professor Gibson is the leading regional economist in Northern Ireland and he will bring immense international experience to this very significant role."

NICEP will initially be based on the Jordanstown campus but will transfer to the new Belfast City campus when it opens in 2018.

It has been established with start-up funding provided by a range of sources including the Department of Enterprise, Trade and Investment and the First Trust Bank and will carry out policy-oriented economics research, focusing on the performance of the Northern Ireland economy.

NICEP staff will also contribute to the teaching of economics within the University and the development of its curriculum.

Professor Gibson graduated from the University of Ulster in 1999 with a BA Hons in Applied Economics.

He joined Oxford Economics in 2007 as a Director after a merger with Regional Forecasts, a consultancy, where he was the founder and Managing Director between 2003-6.

Prior to that, Professor Gibson was a research officer with the Northern Ireland Economic Research Centre between 1994-2000 and was a senior consultant with PriceWaterhouseCoopers between 2000-3.

In his role in Oxford Economics, he has led a wide range of international projects with a focus on economic forecasting and policy advice.

He has been involved in a number of key policy areas in Northern Ireland including the Corporation Tax debate, the successful Derry~Londonderry City of Culture bid and the region's skills policy.

Professor Gibson said: "It is a great honour for me to be appointed to this role in the Ulster Business School and I look forward to getting started in the New Year.

"The economic challenges facing Northern Ireland are profound and, as such, it is the right time to be thinking carefully about the policies required to transform the economy into one that delivers for all of its citizens.

"Helping to educate the leaders of tomorrow, working with policy makers to understand and address issues and making a genuine contribution to the performance of the Northern Ireland economy are the key goals for NICEP."

The Northern Ireland Centre for Economic Policy is located within the Ulster Business School which is one of the largest business schools in Britain and Ireland, with 6,000 students and approximately 140 staff.

It teaches on all four campuses of the University and has a Business Institute which focuses on professional development and management training programmes and a Graduate Research Centre which co-ordinates the School’s postgraduate and research degree programmes.