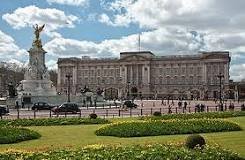 Two Emeritus Professors at the University of Ulster have been honoured in the New Year Honours List published today.

Professor Evason, a regular contributor to BBC Radio Ulster's consumer affairs radio programme, On Your Behalf, said: "I am absolutely delighted. When I got the letter asking me if I would accept it, I had to sit down and take a deep breath.

"Clearly, I am very pleased that my work has been recognised and also, of course, this is recognition of all of the people who work in my field - people who are working in the citizen's advice bureaus, in the independent advice centres and so on.

"There are a lot of people out there and they are working very hard at trying to support people who having a very tough time in our society at the moment."

Since retiring from the University of Ulster 10 years ago,Professor Evason has held a number of public appointments. Most recently, she served as an Equality Commissioner and a Non-Executive Director with the South and East Belfast Health Trust.

Professor Evason is currently Vice Chair of the Belfast Health and Social Care Trust and Chair of the Standards Committee which has various responsibilities relating to the social security and child support systems in Northern Ireland.

There were also honours for three Visiting Professors of the University:

Martin Bradley, former Chief Nursing Officer, was awarded an OBE for services to nursing. He is a Visiting Professor in the University's School of Nursing.

Entrepreneur Dr Bryan Keating was appointed OBE for services to Economic Development in Northern Ireland. He is a Visiting Professor of Entrepreneurship in the Ulster Business School.