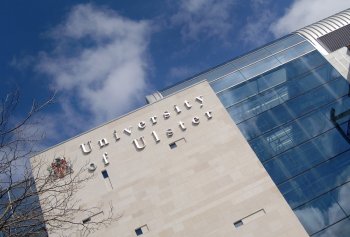 The University of Ulster this week hosts the 62nd Annual Conference of the Political Studies Association. It’s a UK-wide conference, and will bring over 600 influential political actors and academics to Belfast for three days of in-depth political analysis, comment and debate.

The conference runs from Tuesday to Thursday, 3-5 April. Headlining are:

They will join academics from Europe and beyond to address the major political issues of the contemporary world, from Ireland to Iraq, Sarkozy to Sartori – and much more.

A major focus will be on devolution and politics in the UK and Ireland, with sessions on:

It's the first time the conference has been held in Northern Ireland for over 15 years, according to conference organisers Professor Paul Carmichael and Dr Cathy Gormley-Heenan.

Professor Carmichael said: "Our theme this year is 'In Defence of Politics': without necessarily wanting to defend politicians, we felt that as a community of political scientists and scholars of politics, there was a positive case to be made for politics and political studies, both in terms of the research work that is going on in the universities, but also as a subject for students to read at university."

He said there had been enormous interest among UK politics academics in coming to Belfast, to see how the peace process had bedded in – and how it was changing political life in Northern Ireland.

The full conference programme is available at http://www.psa.ac.uk/2012/programme.aspx

The bulk of the sessions will take place at the Europa Hotel, Belfast.