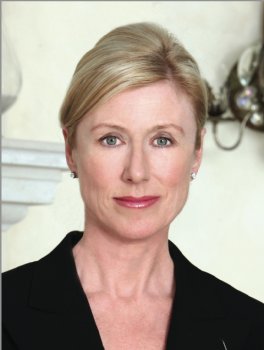 Riverdance producer Moya Doherty is the first guest in this academic year’s Life Stories series at the University of Ulster.

The Donegal-born entrepreneur, who is regarded as one of the richest women in Ireland, will discuss her life and career with Professor Paul Moore, Head of the School of Creative Arts, in the Great Hall of the University’s Magee campus on Wednesday, October 12, at 7pm.

As well as Riverdance, Moya, along with husband John McColgan, also produced the Boublil & SchÃ¶nberg musical, The Pirate Queen, which had its world premier in Chicago in October 2006 and opened on Broadway in April 2007.

Her glittering career includes theatre, radio and television production and presentation, both in Ireland and internationally.  She has fronted a number of arts, features and documentary programmes for RTÃ‰ Television and also for TV AM, the British breakfast television network and is an award-winning television documentary maker, having won a Jacob’s Award for her work on A Silent Scream.

As executive producer, Moya has produced a number of charity telethons, The Eurovision Song Contest and the televising of the opening ceremony of the Special Olympics held in Ireland in 2001.

She holds a number of directorships including, Tyrone Productions, Ireland’s leading independent television production company and is a founding director of Today FM radio station.

In the past 10 years she has sat on a number of arts-related boards including, Chair of the Dublin International Theatre Festival for seven years, The Ark Children’s Theatre in Dublin, Walnut Hill Arts School in Massachusetts and Business to Arts.

She has recently been appointed a Board Member of The Abbey Theatre, Ireland’s National Theatre.

Moya has received numerous awards and accolades over the years, including the Veuve Clicquot Business Woman of the Year, the Ernst & Young Entrepreneur of the Year Award.

The University of Ulster awarded Moya Doherty the honorary degree of Doctor of Letters (DLitt) in 2002 in recognition of her promotion of enterprise in the arts.

Moya Doherty in Conversation with Paul Moore takes place on Wednesday, October 12, in the Great Hall on the University of Ulster’s Magee campus, at 8pm. Admission is FREE and everyone is welcome, but reservations are required. To reserve a seat call: 028 71675456.


Moya Doherty is available for interview prior to the event. If you would like to request an interview, contact: Audrey Watson on: 028 90366386, or email: audreywatson1@hotmail.com

*Life Stories is a series of interviews with prominent University of Ulster graduates from the world of arts and culture.These one-to-one discussions offer audiences a rare opportunity to hear the personal account of the life and achievements of distinguished artists.The in-depth interviews, punctuated with examples of their work, explore each guest’s early years, the key landmarks in the development of their career and the highs and lows of their working life, as well as their views, outlook and plans for the future.

*Professor Paul Moore is head of the University of Ulster’s School of Creative Arts at the Magee campus. He has published widely in a range of journals and his own practice is in the area of sound art.

He has produced a number of commissioned gallery exhibitions in Coventry, Belfast, Lough Neagh, Derry and most recently, the National Gallery in Namibia. In his spare time, he is a freelance broadcaster with BBC Radio Ulster and has written and presented a range of documentaries for BBC national radio.