Strabane woman Chris Browne - one of the few women to reach a senior position in the UK travel industry - is to receive the degree of Doctor of Science for management leadership. She is the current Managing Director of Thomson Airways, which, with a fleet of over 60 aircraft, flying from 22 UK airports to more than 60 destinations worldwide, is Britain’s third largest airline.

Chris is one of a family of seven. She began her career in the travel sector with Iberia Airlines, notching up

some notable firsts. She was the youngest, the first woman and first non-national to be a director of the Spanish national airline.

In 1999, she joined First Choice to establish Travel Choice Direct and moved up the corporate ladder to become Managing Director of Retail & Direct – Travel Choice. She subsequently was appointed Managing Director of First Choice Airways and led its investment programme into TUI Travel’s long haul offering by signing a deal to be the UK’s first customer for the Boeing 787 Dreamliner. Chris also oversaw the merger of ThomsonFly and First Choice Airways in September 2007.

Under her leadership with its focus on the customer service, Thomson Airways has significantly increased its customer satisfaction ratings.

Before embarking on her successful career in the travel industry, Chris studied Modern Languages at Queen’s University, Belfast and completed a Travel and Tourism postgraduate course at Strathclyde University, Glasgow. 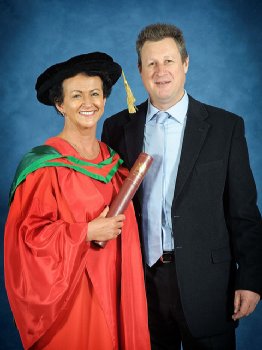