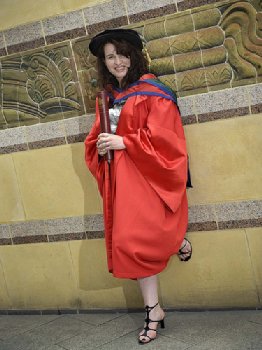 Newry born Susan Lynch is one of Northern Ireland’s best known stage and accomplished screen actresses. She today received the degree of Doctor of Letters in recognition of her services to acting.

She first caught the attention of international audiences following her role in the widely acclaimed ‘The Secret of Roan Inish’ but by then she was already well on her way to a successful acting career.

The daughter of an Irish father and Italian mother and the younger sister of the actor John Lynch, Susan took to the stage at a young age. She headed for the bright lights of London and Central School of Speech and Drama, where she won Kenneth Branagh's Renaissance Award for Most Promising Student.

She made her television debut in the 1993 in the popular series ‘Cracker’ and went onto to star in numerous television series ‘Amongst Women’ ‘Ivanhoe’ ‘Bodies’, to name but a few. Susan's filmography is as impressive. Working alongside independent film director John Sayles twice. Other films include ‘From Hell’, ‘Eizabeth the Golden Age’ and ‘Enduring Love’.

She has won numerous film and television awards at home and abroad. One of her most celebrated roles was as James Joyce’s lover Nora Barnacle in the biopic ‘Nora’, for which she received two Best Actress awards in Italy.

Between 2000 and 2003, she won three Irish film and television awards – the most anyone has ever won.  In addition to the Best Actress awards for her portrayal of Nora, she was named Best Actress for the comedy ‘Anytime Now’ and Best Supporting Actress  and a British independent film award for ‘16 Years of Alcohol’. She also picked up the French television Best Actress award for ‘Soundproof’, a BBC crime drama, for which she had to learn sign language. 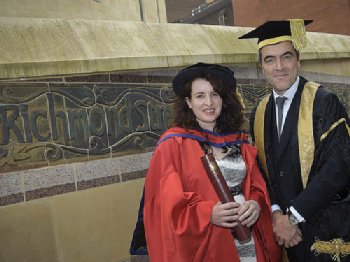