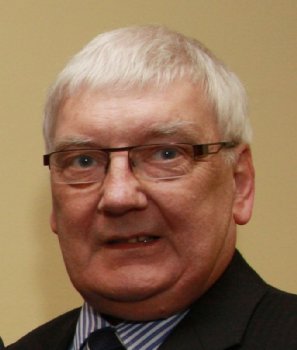 The University of Ulster paid tribute today to Mr John McDaid, a member of its Council who has died at his home in Londonderry.

Mr McDaid (63) was a prominent and popular leader in the public, business and community life of the North West over the past 30 years.

He died on Wednesday after a lengthy illness. He is survived by his wife, Pauline, four daughters and two sons. The funeral takes place after 11am Mass in St Eugene’s Cathedral, Derry, on Saturday.

Mr McDaid, who was a chartered accountant, began a four-year appointment to the University’s Council in November 2008.

He was a major figure in initiatives to reshape the economic and social fabric of Derry as a founding director of the Inner City Trust, a visionary cross-community group that set about restoring the bomb-shattered city centre in the late 1980s.

He was influential, too, in wider efforts to bolster confidence in disadvantaged areas on both sides of the border, serving as a member of the board of the International Fund for Ireland. He was appointed in 2006.

Mr McDaid was a director of ILEX Urban Regeneration Company and chairman of the board of governors of St Columb’s College. He was a past President of Londonderry Chamber of Commerce and a director of the Ulster Community Investment Trust.

Professor Deirdre Heenan, Provost of the Magee Campus, said he had given invaluable service to the University and to the people of the North West in the many public roles that he had held.

“The University community is deeply saddened by the news of John’s death. He contributed  immeasurably to the work of the Council and was always a strong champion of Magee and its expansion.”

She added: “ He was a man with warm personality and a ready laugh, and we will remember him for those endearing qualities as well as for the sound and astute counsel that he provided always.”

Nobel Peace Laureate Professor John Hume, who was a life-long friend, said: “Some of John’s most outstanding achievements are around us every day, most notably in the restoration work of the Inner City Trust.

“That pioneering work by John and the Trust’s other directors put heart back into the bomb ravaged walled city and planted the seeds of a civic confidence that Derry enjoys today.

"His commitment to serving the community, often quietly behind the scenes, embodied the self-help ethos that helped to stablise Derry when we needed it most.

“John McDaid was one a generation of public-spirited people who used their professional and practical skills to help their fellow citizens and the city they loved.”