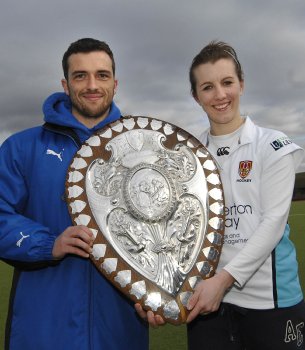 The Ulster Elks took the title in a 2-1 win over Lurgan Ladies Hockey Club, with Ciara Magee scoring a dramatic winner in golden goal extra-time.

In the first half, the Elks fell behind to a goal from Lurgan captain Charlene Hull, before Elks’ international scholar and Indian Commonwealth Games gold medal winner Suman Bala equalised from a short corner, and Lurgan also missed a penalty.

Just four minutes into extra-time, Magee slotted home the winner for the Ulster Elks, securing the title for the first time in the club’s history.

Ulster Elks coach Ricky Lee, said: “I’m absolutely delighted and so proud to have won the Ulster Shield. We were beaten in the final last year and it has been a long campaign but we have kept going and done extremely well.

“It was a big squad effort to get this far for all of the players and coaches. We have put a lot of work in the training sessions and matches in the run up to the final and every player has shown what they capable of on the road to winning the Shield.”

On the way to lifting the trophy, the Elks qualified top of a group that consisted of title-holders Pegasus, Armagh, North Down and Ballymena. They then went on to convincingly see off Belfast Harlequins 5-0 in the semi-final.

The Elks’ international contingent were instrumental in Sunday’s win and already this season, international scholars Suman Bala, a Commonwealth Games gold medal winner with India, French international Philippine Berly and South African Roxanne Turner, have helped the side pick up the all-Ireland intervarsity title defeating UCD in October. Former England international Alice Garrad has also been instrumental in the side’s run in the competition. 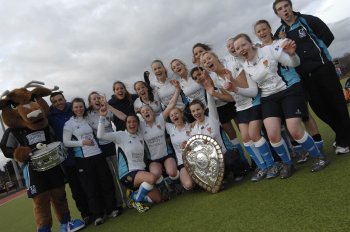