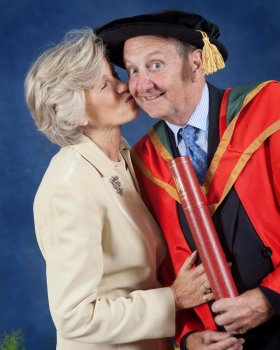 A FORMER Northern Ireland Office Minister, who served in the administrations of Prime Ministers Margaret Thatcher and John Major, Sir Richard Needham has received the degree of Doctor of Laws (LLD) for services to business development at a ceremony on the Coleraine campus

He is now International and Commercial Director of Dyson, spearheading the group’s move into China.

Sir Richard has written two books: Honourable Member and Battling for Peace: Northern Ireland's Longest-Serving British Minister (1999); an account of his years in Northern Ireland and his contribution to peace.