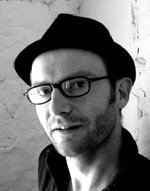 
Oscar-nominated animator, Paul Young, returns to his roots this week as part of the Ulster Festival of Art and Design.

The University of Ulster Art and Design graduate rubbed shoulders with the elite of the movie world earlier this year when the feature length cartoon which he produced was shortlisted in the Best Animated Film category.

The Secret of Kells was up against box office blockbusters like Coraline, Fantastic Mr Fox, The Princess and the Frog and Up.

Paul is co-founder and CEO of Cartoon Saloon, a multi-award-winning animation and illustration design studio based in Kilkenny.

The company began as an informal partnership between a group of animators, including Secret of Kells Director, Tomm Moore in 1999, and has gone from strength to strength.

As well as developing films, television commercials and children’s books Paul has recently produced his first animated children’s TV series entitled Skunk Fu!  which has won an Irish Film and Television and has been sold to broadcasters in over 120 countries worldwide. It was also nominated for a BAFTA Children’s Award in 2008.

Paul will be presenting a lecture about Cartoon Saloon’s work at the University of Ulster’s Belfast campus at 6pm on Tuesday 15 June 2010. For further information and tickets contact Kelly Gordon, Cultural Development Office on; 028 90267285 or email: k.gordon@ulster.ac.uk.

The talk is part of the Ulster Festival of Art and Design, sponsored by Carson McDowell, which runs at the University of Ulster until Saturday 19 June 2010. For further Festival details visit: www.ulsterfestival.com.