The Henry Girls Perform At Coleraine 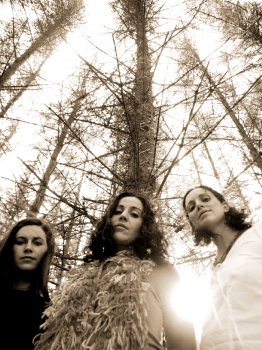 The Henry Girls will perform in the Octagon Hall, Coleraine Campus, Wednesday, 3 March.

Singing sisters, The Henry Girls, who are establishing a reputation as one of the finest musical groups in Ireland, will perform in the University of Ulster’s Coleraine campus next week.

The group, from Donegal, has just been nominated for an Irish Film and Television Award for Best Original Score for their work on the Aidan Quinn film A Shine of Rainbows.

They are also launching their third album, Dawn, which features original music from the film’s soundtrack.

The trio - Joleen, who studied music at the University’s Jordanstown campus, Karen and Lorna McLaughlin - first came under the national spotlight in 2005, when they finished third out of 5,000 acts in RTE’s You’re A Star, the national televised competition to select an Irish Eurovision entry.

In addition to performing throughout Ireland and the UK they have recently performed at the Irish Film Festival in Los Angeles and the Toronto Film Festival, Canada.

The band has been compared to the popular Dixie Chicks, with their obvious vocal and musical talents. Joleen plays the harp, Karen the fiddle and Lorna is lead vocalist.

Joleen said: “We’re very much looking forward to performing at my old University although the Octagon Hall and the Coleraine campus is a new venue for us and that’s always an exciting experience.

“We’re looking forward to meeting a new audience and enjoying a whole evening of music.”

The Henry Girls will perform in the Octagon Hall, Coleraine Campus, Wednesday, 3 March at 8.00pm. For further information and tickets contact Cultural Development on 028 7032 4449.