Belfast Royal Academy (BRA) hasn’t won the Rugby Schools Cup in 13 years, but they are hoping, with help from the University of Ulster, that this may be their lucky year.

The north Belfast school have this season been getting support from the Ulster Sports Academy’s Performance Services Unit, and tomorrow they face Dalriada School from Ballymoney, in the quarter-final of the Schools Cup.

The squad has been using the multi-million pound sports facilities at the Jordanstown campus to receive an entire athlete support system – fitness testing, strength and conditioning support, and post-game recuperation in the recovery suite – support that is on par with that offered in any professional rugby academy.

William Moore, Performance Services Officer at Ulster, said: “I am in awe at the improvement in strength and power of the BRA players, and it is something that any other school will have difficulty matching.

“This is a very talented and dedicated squad who are having a fantastic season and the University of Ulster is pleased to be supporting them in this way.”

Tomorrow’s quarter-final against Dalriada is one of this season’s biggest challenges for BRA. Having already pulled off the upset of the tournament knocking out one of the favourites, Royal Belfast Academical Institution, they are hoping to advance to the latter stages of the tournament, which are played at the home of Ulster rugby, Ravenhill.

These facilities are the same that the Ulster Rugby Team use on a regular bases and have also been used by the Italian national rugby team, Newport Gwent Dragons, as well as the Northern Ireland soccer team, and a host of GAA squads.

BRA’s drive for success is typified this season by the commitment of the parents and players, who have been reaching into their own pockets to finance the training at Ulster, as well as receiving funding from the school. After an initial six-week training session in May 2009, Chris McCarey’s side decided they wanted to train for glory, and by all accounts it seems they can achieve it.

William said: “Recent fitness testing has shown phenomenal improvements in power, speed, strength and overall fitness. They will be formidable opponents for any team. I think that the team’s improvements from our support perspective have come from a close working partnership with Chris the coach and the Performance Services team here at Ulster and this is coupled with the desire and dedication of some very talented athletes.” 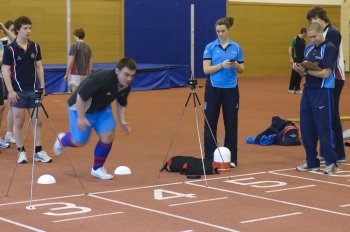 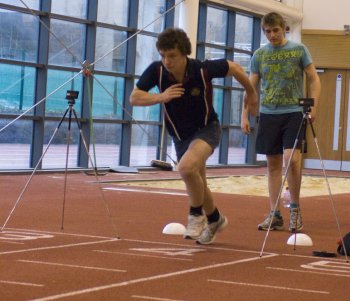