PlaCiG - On the place of case in grammar

On the place of case in grammar

You can register via EventBrite or email c.sevdali@ulster.ac.uk.

Elena Anagnostopoulou obtained her Ph.D. in Linguistics from the University of Salzburg in 1994. After a post-doc at MIT (1997-1998), where she returned in 2007 as a Visiting Associate Professor, she took a position at the University of Crete in 1998, where she is currently Professor of Theoretical Linguistics. Her research interests lie in theoretical and comparative syntax, formal linguistic typology, morphology and historical linguistics, with special focus on the interfaces between syntax, morphology, and the lexicon, argument alternations, Case, Agreement, clitics, control and anaphora. In 2013 she received a Friedrich Wilhelm Bessel Research Award by the Alexander von Humboldt Foundation, Germany, in recognition of her past accomplishments in research and teaching. She is the author of The Syntax of Ditransitives. Evidence from Clitics (Mouton de Gruyter 2003), co-author of External Arguments in Transitivity Alternations. A Layering Approach (Oxford University Press 2015), has edited 3 collective volumes and has published in journals, edited volumes and conference proceedings. She is Co-I in the AHRC-founded project Investigating variation and change: Case in Diachrony.

Dr. Dionysios Mertyris completed a BA in Greek Philology (2006; Major in Linguistics) and a MA in Linguistics (2008) at the University of Athens. His PhD thesis (2014; La Trobe University) examines the loss of the genitive case in Greek from a diachronic and dialectological perspective. More specifically, his dissertation covers the morpho-syntactic and functional domains in which the genitive was lost from the Classical period (5th-4th c. BC) until today, while it also covers the entire diatopy of the Greek-speaking world (as it used to be in the beginning of the 20th c.) regarding instances of genitive loss dialectally. For the research project Investigating variation and change: Case in diachrony, Dr. Mertyris collects data from online databases, such as the Thesaurus Linguae Grecae and the Papyrological Navigator, and is also going conduct fieldwork in dialectal Greek.

Dr Christina Sevdali is a Senior Lecturer in linguistics at Ulster University specializing in diachronic generative syntax and multilingualism. She is the Course Director of the BSc. (Hons) in Language and Linguistics at the School of Communication and Media.

Christina was born in Greece and obtained her Bachelor’s Degree in Greek Philology with a Major in Linguistics from the University of Crete in 2000. In 2002, she obtained her MPhil in theoretical linguistics from the University of Cambridge and then moved on to do a PhD, which she obtained in 2007. Her PhD dissertation ‘Infinitival clauses in Ancient Greek: overt and null subjects, the role of Case and Focus’ from the University of Cambridge, supervised by Ian Roberts, investigates the challenging interaction between the Accusativus cum Infinitivoconstruction and control in Ancient Greek. During her PhD, Christina also spent a semester at MIT as a visiting student, working with Sabine Iatridou.

Christina’s research interests include synchronic and diachronic syntax, Greek linguistics, syntax – morphology interface and multilingualism. More specifically she is interested in finiteness and its relationship to subjects, the theory of Control and specifically Partial Control, Case/case in synchrony and diachrony especially in relation to phenomena such as focus and emphasis, datives and quirky subjects, object drop and cognate objects and the diachrony of complementation.

In 2017, she secured an Early Career AHRC grant alongside Professor Elena Anagnostopoulou (University of Crete) on “Investigating Variation and Change: Case in diachrony.” The project looks into on the diachrony of the Greek case system, with particular focus on dative and genitive and, couched within the generative framework, it aims to contribute to the question of the place of case in grammar, as a phenomenon that relates to both syntax and morphology. The research team also involves Dr Dionysios Mertyris.

Christina has supervised a number of dissertations on a variety of linguistic topics and her past students include, Dr Megan Devlin, Dr Frances Kane, and Dr Lynda Kennedy.

She is a member of UCoM (Ulster Centre on Multilingualism) and leads the Language made funproject, in collaboration with Barnardo’s NI. This project aims to assist children of refugees and asylum seekers with their English while also promoting multilingualism. Language Made Fun (alongside its sister programme Language Together) is funded by the Family Learning and Integration hub through the Big Lottery Fund.

Workshop: On the Place of Case in Grammar

Case has always been at the forefront of linguistic theorizing but the proper characterization of the morphological expression of grammatical functions and its link to formal syntax has never received a fully satisfactory account.

Within Principles & Parameters (P&P) the main theoretical question initially regarded the role of case in languages where it is morphologically expressed, versus languages where it is not. Vergnaud 1977/2008 and Chomsky 1981; 1986 proposed the notion of abstract Case, where case is a requirement for nouns to be licit in the derivation regardless of morphology.

An important distinction was between structural vs. inherent case: structural case is licensed in particular positions by case-assigning heads, while inherent case has its value specified in the lexicon, in relation to a specific theta-role.

Recent reviews of case theory (Butt 2006, Bobaljik & Wurmbrand 2009; Pesetsky & Torrego 2011, Polinsky & Preminger 2014 i.a.) point out that a lot of questions about the nature and the role of case still remain unanswered: e.g. what is case exactly, and why it is a necessary licenser for nominals.

Moreover, work in languages whose alignment of case morphology to grammatical functions has not been one-to-one (e.g. Icelandic-Zaenen, Maling & Thráinsson 1985 i.a and also Marantz 1991 and McFadden 2004; 2010) has increasingly led to an extensive line of research that dissociates morphological case from syntactic licensing of nominals, also addressing the question of where morphological case assignment rules apply, at PF, syntax or Spell-Out (e.g. Zaenen, Maling and Thráinsson 1985, Marantz 1991, Harley 1995, McFadden 2004, and Bobaljik 2008, Pesetsky 2013, Baker 2015 i.a.).

Finally, there is also the question of cross-linguistic realization of case and its relationship with other categories, like prepositions. In the classic version of P&P it was assumed that prepositions are case-assigning elements, but more recent work analyses case as a structural layer above DPs, like the KP (Lamontagne & Travis 1986; Loebel 1994, Bittner & Hale 1996).

More recently Caha 2009 building on Blake 2001 proposed that cases and prepositions are both present in a templatic structure that is realised as a universally ordered series of functional heads above DPs.

The relationship between cases and prepositions is reinforced by the diachrony of case systems, where cases are replaced by prepositions.

These issues are at the centre of our Arts and Humanities Research Council (AHRC) project ‘Investigating Variation and Change: Case in diachrony’ (AH/P006612/1). This workshop is part of this project and we invite papers that address, among others, the following questions:

(a) what is the status of case features, the relationship between abstract and morphological case and the place of case in grammar?

(b) which aspects of case are universal and which are language particular?

(c) what is the role of case morphology in a linguistic system vis à vis the syntactic behaviour of nominals?

(d) when the morphology of a linguistic case system changes, what are the consequences for the syntax of case?

(e) what is the relationship between prepositions and cases?

(f) how can the diachrony of case systems illuminate case theory?

Submit your paper through EasyChair

Selected number of papers will appear in an edited volume with a major publishing company.

We acknowledge the generous funding of AHRC, Ulster University and the University of Crete.

Registration is free through the generous donation of:

You can register via EventBrite or email c.sevdali@ulster.ac.uk.

See here for information on travel and transport (our venue is the Xenia Dorm NOT the Gallos University campus):

The long-term weather forecast predicts a nice, not too warm 24o for the end of October and Rethymnon does have a beach inside the city, so … bring a swimsuit! 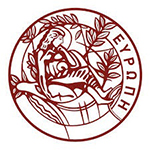