Travelling via the UK and Ireland

Travel information on Belfast airports and flight routes for International Students travelling to study at Ulster University in Northern Ireland.

Travelling via the UK and Ireland

Travel information on Belfast airports and flight routes for International Students travelling to study at Ulster University in Northern Ireland.

Both airports are a short, one hour flight from any UK city.

There are direct flights direct to both of these airport and you can transfer from other UK and European cities.

Many international students choose to fly to Northern Ireland from London. 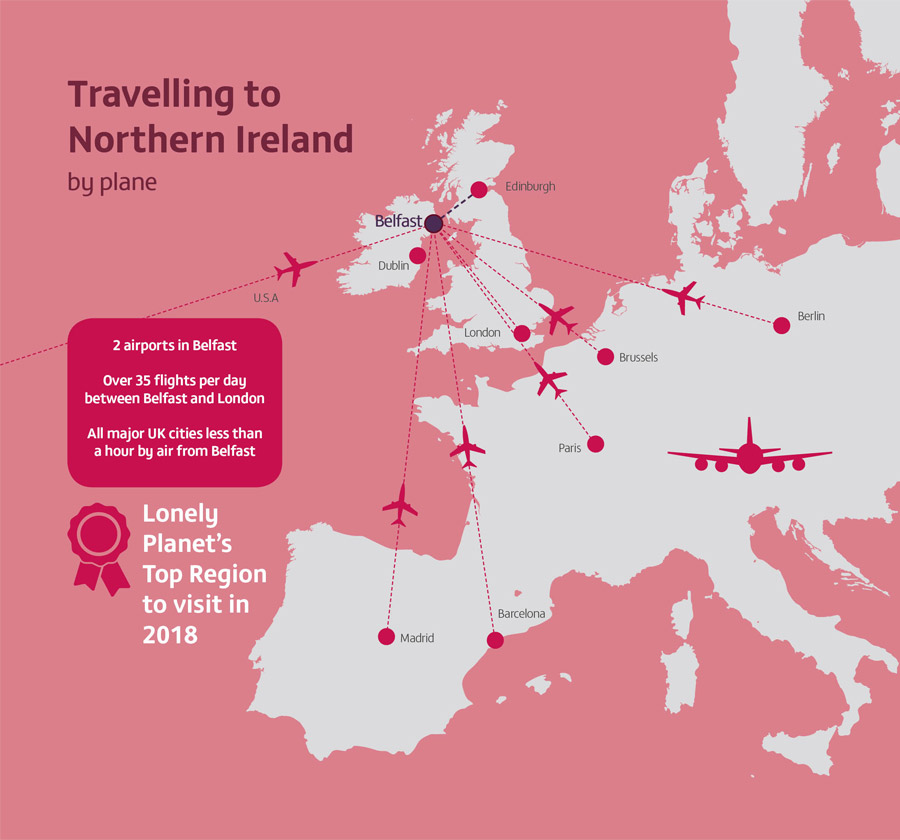 Travelling to the UK via the Republic of Ireland

We strongly recommend that, unless you are an EU student or a student visa holder (studying for a period of 6 months or longer), you arrive in Northern Ireland through a UK port of entry.

As a non-visa national, you can normally travel to the UK and apply for immigration permission to enter as a short-term student for up to six months when you arrive in the UK and pass through UK immigration control.  Non-visa national students coming to the UK for a short course often choose to do this rather than applying for entry clearance before travelling.

If, despite this advice, you do enter Northern Ireland (UK) from the Republic of Ireland with no UK entry clearance (Short-term Student visa, you will in most cases automatically have permission to be in the UK only for three months.

The three months' permission allows you to study, but it will not be enough time to complete your studies.  You are not entitled to extend your stay in the UK as a short-term student, so you will need to leave the UK within the three-month period, then re-enter the UK directly and request immigration permission to enter as a short-term student, for a maximum visit of six months.

It is your responsibility to make sure that you have the correct visas to enter both the Republic of Ireland and the UK.

The UK and Republic of Ireland are not part of the Schengen zone.