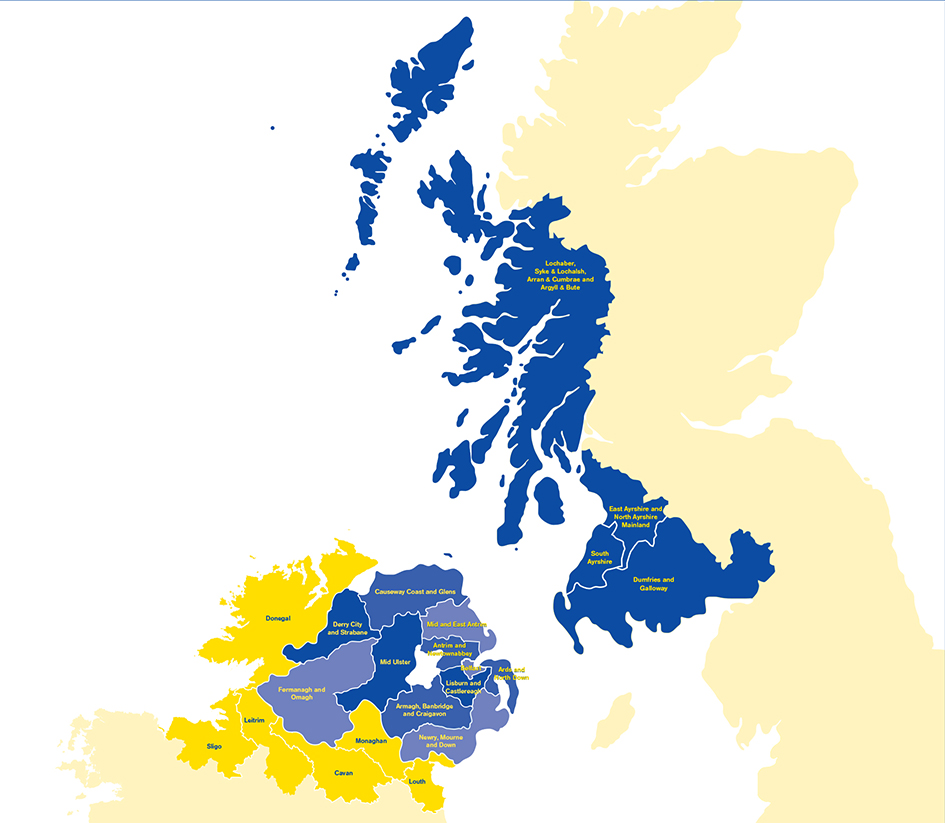 Specifics of R & I Call

The economies of the region have a low proportion of high value sectors and low levels of Research & Innovation.

There is an opportunity to build effective cross-border collaboration partnerships that will significantly impact upon the overall regional capacity for Research & Innovation in targeted sectors.

It will result in an increase in the annual number of peer reviewed journal and conference publications within these two sectors, with cross-border authorship and with the potential to create economic impact. These sectors have been identified in consultation with national economic development agencies.

They offer the most potential for growth and are relevant to all regions within the Programme’s eligible area.

The role of the Special EU Programmes Body is to help facilitate the positive impact that European Regional Development Funding will have on the lives of people living across Northern Ireland, the Border Region of Ireland and Western Scotland.

The SEUPB is responsible for the implementation of the EU’s PEACE IV (€283m) and INTERREG VA (€270m) Programmes. The SEUPB also have a signposting role to promote involvement in the INTERREG VB Transnational and INTERREG VC Interregional Programmes.

The Agreement was given domestic effect, North and South, by means of the North/South Co-operation (Implementation Bodies) (Northern Ireland) Order 1999 and the British-Irish Agreement Act 1999 respectively.