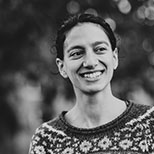 Early Release from Imprisonment for Perpetrators of International Crimes: A Case Study of the International Tribunal for the Former Yugoslavia.

Priyam joined the Transitional Justice Institute in October 2015; she is examining an under-researched area of the international criminal justice system: its early release practice. As of September 2016, 53 of the 83 persons convicted for international crimes (crimes against humanity, genocide and war crimes) committed during the Balkans War have been granted unconditional early release, generally after serving two-thirds of their sentence. Priyam’s thesis will explore the rationale and justification for granting early release and also how this affects the perceived legitimacy of the ICTY within post-conflict Bosnia Herzegovina.