Take a look below to find out more about our visiting scholars.

Dr. Laura Davis is a researcher and consultant specialising in transitional justice and peace mediation. Now based in Jerusalem, she has worked in the Democratic Republic of Congo for nearly a decade and has extensive field experience, particularly in Sub-Saharan Africa. She has advised transitional justice components of peace processes, and worked extensively with communities in conflict areas.

Dr Davis has published widely on transitional justice, peace mediation, security sector reform, women's rights and EU foreign policy for scholarly and policy-oriented audiences. Her book EU Foreign Policy, Transitional Justice and Mediation: Principles, Policy and Practice (Routledge 2014) is the first scholarly analysis of EU engagement in these fields.  She holds a PhD from the University of Ghent.

Professor Oren Gross is the Irving Younger Professor of Law at the University of Minnesota Law School. His book, Law in Times of Crisis (2006) was awarded the prestigious Certificate of Merit for Preeminent Contribution to Creative Scholarship by the American Society of International Law. His most recent book, Guantanamo and Beyond: Exceptional Courts and Military Commissions in Comparative Perspective, was published in 2013. Professor Gross has published extensively and taught and held visiting positions at Harvard Law School; Princeton University; Benjamin N. Cardozo School of Law; the Max Planck Institute, Germany; the Transitional Justice Institute in Belfast; Queen's University in Belfast; University of Santiago de Compostela (Spain); and Tel Aviv and Hebrew Universities.

Between 1986 and 1991, he served as a senior legal advisory officer in the international law branch of the IDF's Judge Advocate General's Corps. A member of both the New York and Israeli bars, Professor Gross is an elected member of the American Law Institute. Tom Hadden graduated in philosophy and law at the University of Cambridge and wrote his doctorate on criminal company fraud at the Cambridge Institute of Criminology. He was a lecturer in law from 1967 to1969 in the Faculty of Social Sciences at the University of Kent at Canterbury where he laid the foundation for his first major book Company Law and Capitalism. He returned to his native Northern Ireland in 1969 as the 'troubles' erupted and worked there on emergency law and human rights as a part-time lecturer and professor at the School of Law at Queen's University Belfast, while at the same time founding and editing a political magazine, Fortnight: an Independent Review for Northern Ireland. He served on the Standing Advisory Commission on Human Rights in the 1980s and was a Commissioner of the Northern Ireland Human Rights Commission from 1999 to 2005.

From 2008 to 2013 he was a Part-time Professor at the Transitional Justice Institute at the University of Ulster and worked with Louise Mallinder and other members of the drafting team in the production and promulgation of The Belfast Guidelines on Amnesty and Accountability (2013).[He has retained his association with the TJI as a Visiting Scholar.]

He is currently Emeritus Professor at the School of Law, Queen's University Belfast and Honorary Professor at the Kent Law School. His most recent published works have been: 'Battling for Human Rights?', 17 International Peacekeeping 309, 2010; 'War and Peace in Northern Ireland: reflections on the contribution of academic and human rights communities', in Gilbert et al. (eds), Strategic Visions for Human Rights: Essays in Honour of Professor Kevin Boyle, Routledge 2010; 'Accountable Governance in Corporate Groups: the Interrelationship of Law and Accounting', 61 Australian Accounting Review 117, 2012; 'Policing for Shared Societies', in Mari Fitzduff (ed.), Public Policies for Shared Societies, Palgrave Macmillan 2013, 74-95. He has also worked on the production of several collectively authored research reports: A Responsibility to Assist: Human Rights Policy and Practice in European Union Conflict Management Operations (Hart 2009); The Belfast Guidelines on Amnesty and Accountability (Transitional Justice Institute 2013), and Fighting Corporate Abuse: Beyond Predatory Capitalism (Pluto 2014). He is currently working on what he calls the General Pendulum Theory of Human Rights, a possible new Protocol to the Geneva Conventions on internationalised internal conflicts and a proposed research project on the Integration of Settled and New Immigrant Communities in the United Kingdom.

Dr Jeremy Hill has previously held a number of policy and legal posts in the Foreign and Commonwealth Office and the UK Attorney General's office, including being the British Ambassador to Bulgaria and Lithuania, and the Legal Adviser of the UK Representation to the EU.  Since 2008, Jeremy has been involved in devising and conducting training programmes for EU Presidencies, EU Foreign Ministries (including UK Foreign and Commonwealth Office) and the European External Action Service.

In 2013, this included training in Brussels, London, Lithuania, Vietnam, Bosnia and Macedonia.  He was Legal Adviser to the Consultative Group on the Past in Northern Ireland in 2008-2009.

He is a trustee and founder member of Justice Across Borders, which helps victims of crime, and of the McDonald Centre for Christian Ethics at Christ Church, Oxford.  He worked as a policy adviser to the Liberal Democrats in the House of Lords on criminal and justice legislation from 2011-2012.

Dr Pablo Kalmanovitz is research professor in international studies at the Centro de Investigación y Docencia Económicas (CIDE) in Mexico City. He was previously associate professor of political science at the Universidad de los Andes in Bogotá, Colombia, and post-doctoral fellow at the European University Institute in Florence and Yale University. He earned his PhD in political science from Columbia University.

His current research focuses on the historical and theoretical foundations of international humanitarian law, on which he has published articles in Political Theory, American Political Science Review, and International Theory. A book manuscript on the intellectual history of regular warfare is forthcoming with Oxford University Press. He has also written on transitional justice, specifically on the tensions between imperatives of distributive and corrective justice during transitions from war to peace, and was co-editor of Law in Peace Negotiations and Distributive Justice in Transitions, both under the Norwegian Torkel Opsahl book series.

Giovanni Mantilla is Assistant Professor of International Studies at CIDE in Mexico City. He received his Ph.D. in Political Science in 2013 from the University of Minnesota, and has held Postdoctoral positions at Princeton University’s Niehaus Center for Globalization and Governance, and at Brown University’s Watson Institute for International Studies. His research focuses on the origins, design, evolution and effects of international law and norms, particularly in the fields of humanitarian law (or the law of armed conflict) and human rights. Among others, Mantilla’s research has been published or is forthcoming in International Organization, the European Journal of International Law, and Global Governance. Karen McMinn works as a gender consultant and analyst on women, peace and security (WPS) issues. Based in Northern Ireland, Karen has been active in the field of women's empowerment for over 35 years, and played key roles in the development of women's agency during periods of social and political unrest and violent conflict in the region.

Karen holds an MA in Peace and Conflict Studies.  Karen is an experienced researcher and evaluator of WPS policy implementation globally and nationally with expertise in: the development and evaluation of National Action Plans on UNSCR 1325; research and advocacy on the obstacles to women's participation and leadership in peace and security processes in conflict and post conflict societies; and Gender Based Violence policy and services.

Recent advocacy work includes participation in expert workshops on WPS for NATO, the OSCE and the European External Action Service in Ukraine, Vienna and Brussels as well as presentations to UN Permanent Missions in New York.

Dr Ingrid Samset is a political scientist with a PhD from the University of Bergen, currently working as a lecturer in peace and development studies at the University of Limerick. Before assuming her post at UL she was based at the Chr. Michelsen Institute (CMI), most recently as a postdoctoral researcher.  Samset has also been a visiting scholar at Columbia University and at the Pontifical Catholic University of Rio de Janeiro. Her research examines transitions from armed conflict and authoritarian rule, including questions related to peacebuilding, statebuilding, civil-military relations and transitional justice. Her doctoral dissertation addresses why countries that emerge from civil war see different levels of violence in the war's aftermath, examining this through a comparative study of the cases of Angola and the Democratic Republic of Congo. During her time in residence at TJI Samset will work on how amnesty laws enacted as wars end impact on postwar violence and peacebuilding, further developing her dissertation research on this question. 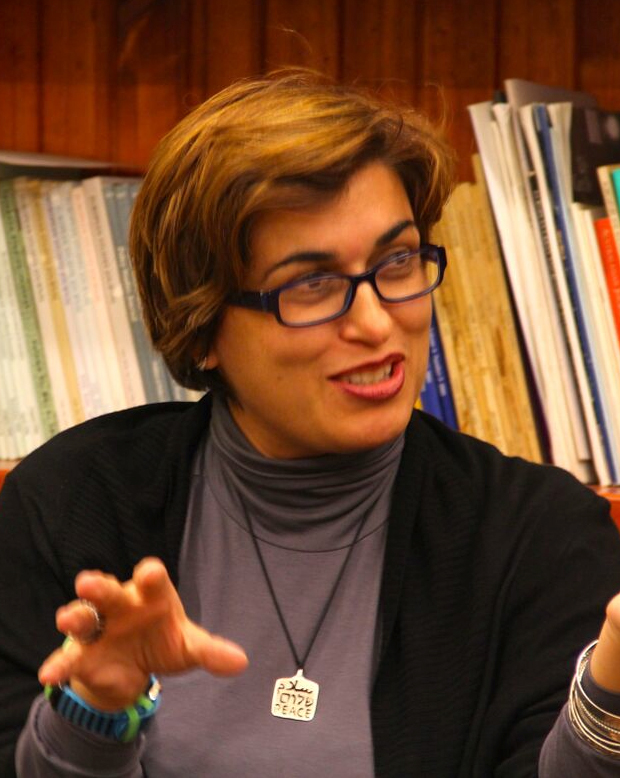 Dr Olivera Simić is a Senior Lecturer with the Griffith Law School, Griffith University, Australia and a Visiting Professor with UN University for Peace, Costa Rica.

Her latest edited collection, Transitional Justice and Reconciliation: Lessons from the Balkans (with Martina Fischer)has been published by Routledge in 2015.

Her latest monograph Surviving Peace: A Political Memoir has been published by Spinifex in 2014. Her publications are available at http://www.griffith.edu.au/criminology-law/griffith-law-school/staff/olivera-simic

Dr Aisling Swaine is Associate Professor of Practice of International Affairs at the Elliott School of International Affairs, The George Washington University, Washington DC.  Aisling received her PhD from the Transitional Justice Institute (2012), remains actively involved in joint research with faculty at the TJI and teaches on the TJI annual summer school.  Aisling earned a B.A (1998) and MSc. in Humanitarian Assistance (2000) from University College Dublin, and was previously a Hauser Global Fellow at the School of Law, New York University (2013).  Prior to her current post, Aisling worked extensively with international organisations in conflict-affected humanitarian contexts in Africa and South East Asia and in technical consultancy roles at international policy levels, including roles at UN Women headquarters and with the Irish Department of Foreign Affairs. She continues to consult globally for international organisations and is active on several UN humanitarian rosters.