Congratulations to PhD graduate Temilola Olanrewaju who has not only completed his PhD in Geography and Environmental studies, but along the way has achieved many significant achievements.

Temilola, who grew up in Nigeria, was a recipient of the Travel Opportunity Scholarship, supported by our Ulster University alumni and staff, in 2018, to allow him to undertake specialised training at the Freshwater Biological Association River Laboratory in Dorset. 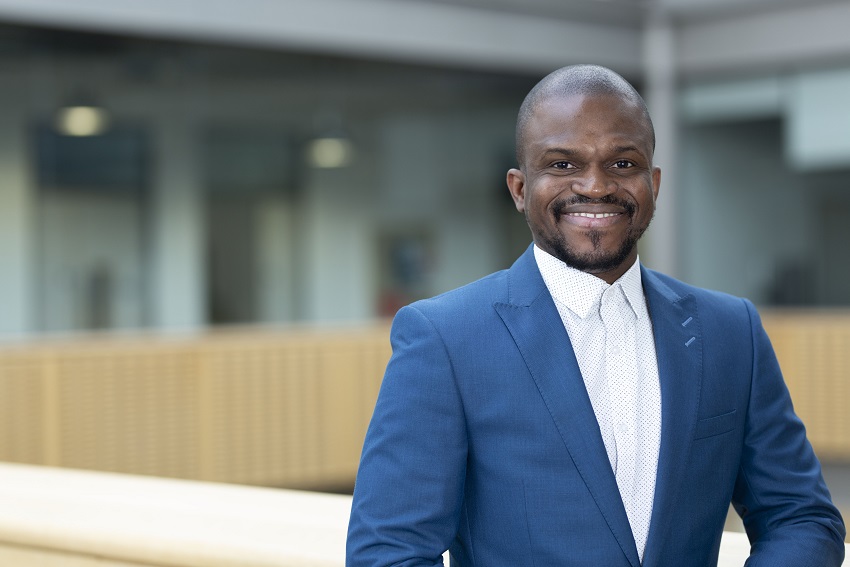 Temilola’s research investigated the role of organisms in water environments in the emergence and spread of infectious bacteria that are resistant to antibiotics. This is a particularly prominent research topic as antibiotic resistance is globally recognised as a major public health issue. He commented:

“Over the last two decades, the role of the natural environment in the emergence of superbugs – strains of bacteria that are resistant to most of the antibiotics used for their treatment – has become more apparent.  In my research, I focused on an unexplored area and this research furthers current knowledge on likely pathways through which superbugs resident in the environment may emerge in human society.”

As well as being awarded a Travel Opportunity Scholarship, Temilola also won Ulster University’s Three Minute Thesis (3MT) competition, which challenges PhD researchers to present their research and the significance of it in just three minutes.

To add to his achievements, Temilola was one of four researchers who received the rare privilege of interviewing Sir David Attenborough for his SfAM fellowship award. For Temilola this was a dream come true:

“Interviewing Sir David Attenborough, who inspired my interest in science as a child, was such an honour. I got to ask him a few questions including how he has been able to sustain his passion for capturing science and nature through documentaries over several decades, to which he answered, “It is the easiest job in the world”. He also responded to questions about his most unusual experiences and current challenges facing our planet. While his answers provoked a lot of laughter in the audience, they were very interesting and filled with insight.”

In 2019, Temilola received an invitation from the Royal Society of Biology and SfAM to attend the Voice of the Future event at the House of Parliament, where he had the opportunity to interact and debate with MPs making policies that will shape the landscape of science and technology in the UK.

"Thank you to all the donors who support students like me. There is no doubt that the award I received played a key role in helping me to excel in my studies and realise my ambitions. I look forward to now continuing my work to create real impact in the world. Such support truly is life-changing’"