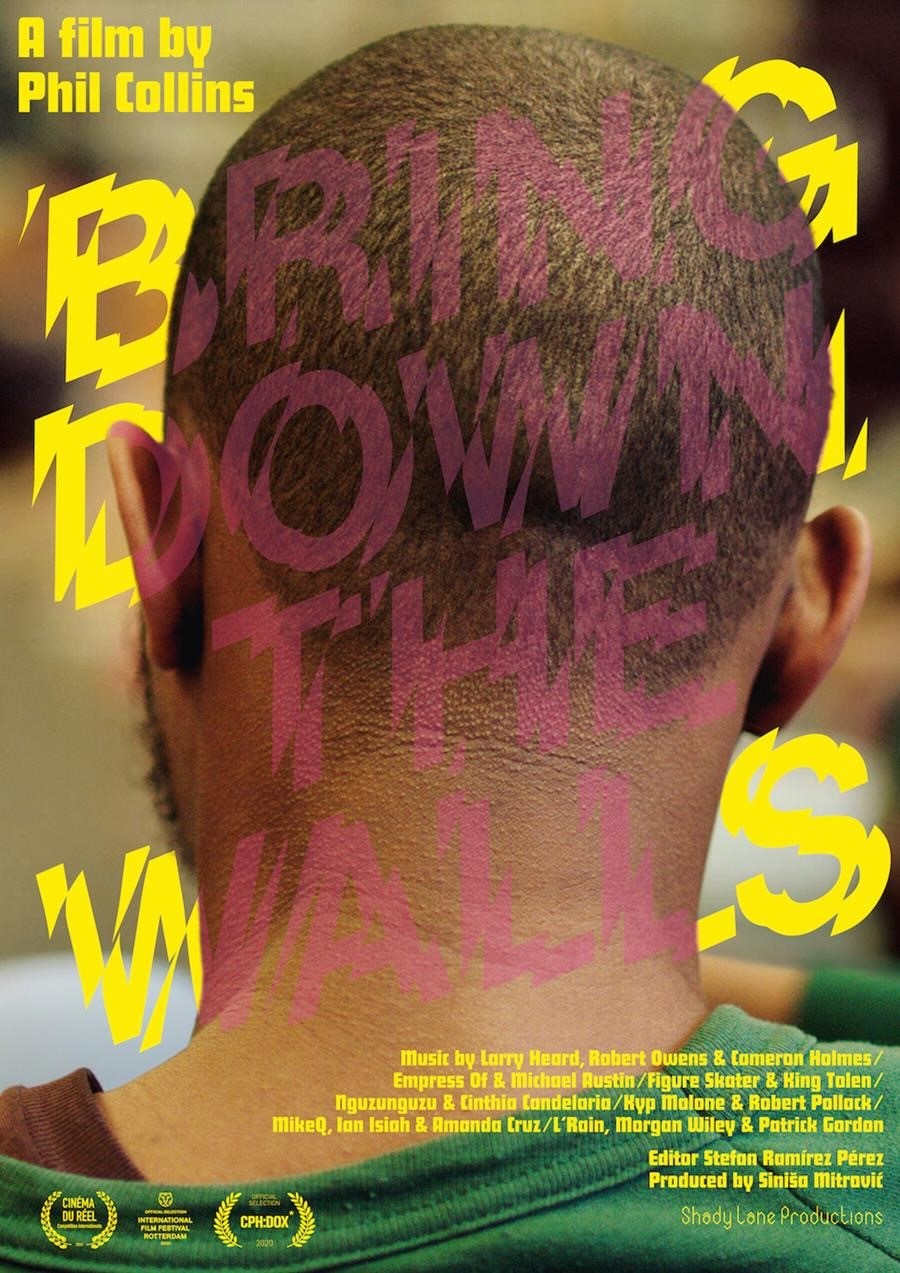 Phil Collins, back in Belfast

Acclaimed international artist, Phil Collins, graduated from Ulster University’s MFA at the Belfast School of Art and Design in 1999 and went on to exhibit work globally and be nominated for the Turner Prize.

Phil returned to Belfast in November to talk current MFA students about his career and work. Ulster Presents also hosted a public interview with Phil after a screening of his new work Bring Down the Walls at Belfast Film Festival.

Bring Down the Walls looks at the US prison industrial complex through the lens of house music and nightlife. The connection comes from the years in which Phil Collins worked with men incarcerated at Sing Sing, a maximum-security prison in upstate New York. After access was revoked, Collins recorded a compilation of classic house tracks with vocalists who have formerly been incarcerated, and set up a communal space in the heart of Manhattan’s court district dedicated to the struggle for social justice and prison abolition. During the day, discussions were led by people who have been directly impacted by the prison system. At night, it transformed into a dance party hosted by DJs, performers and collectives from New York’s vibrant club scene. Combining these strands, Bring Down The Walls proposes the dance floor as a real and metaphorical space of personal and collective liberation, and new ways in which we could come together as a society.