Office of the Chief Operating Officer

As a key member of the senior leadership team at Ulster, Niamh leads the portfolios responsible for delivering the core professional services including People and Culture, Estate Services, Campus Life, Finance, Information Services and Marketing & Communications, ensuring that that the professional portfolios create the environment in which the university’s academic excellence and student experience is best delivered. She also has lead responsibility for the delivery of the university’s new transformative learning campus in Belfast, the largest Higher Education capital development in Europe.

Niamh joined Ulster University from Falmouth Exeter Plus (FX Plus), a joint venture between Falmouth University and the University of Exeter, where as CEO and Director she was responsible for the provision of a wide-ranging portfolio of shared professional services to the two universities across three campuses in Cornwall. Under Niamh’s leadership, the proactive engagement of professional services with academic staff and students drove improvements and innovation across services including library and academic skills, student services, IT, estates, building development and campus services.

At FX Plus and in her previous role as Director of Finance and Resources at Falmouth University, Niamh played a central role in the Combined Universities in Cornwall project which delivered a step change in higher education opportunities in Cornwall over 15 years. From its inception, she was an architect of the partnership between Falmouth University and Exeter University, which over more than a decade of growth, has jointly developed a £300m university campus at Penryn and shared professional services enabling rapid growth in world class teaching and research.

Born and educated in Dublin, Niamh graduated from University College Dublin with an Honours Degree in Engineering. After graduating she spent two years employed by Queen’s University on a research studentship, undertaking industry sponsored applied research projects. She qualified as a Chartered Management Accountant in industry where she worked prior to moving to the HE sector in South West England. Niamh is a Fellow of the Chartered Institute of Management Accountants.

In 2019 Niamh was co-opted to represent Northern Ireland on the Executive of Association of Heads of University Administration (AHUA), which is the representative body for senior University managers (Registrars, Chief Operating Officers, Heads of Administration) in the United Kingdom and Ireland.  She is currently a non-executive director of St Aubyn Estates Limited and a director of Innovation Ulster Limited.

Niamh was a non-Executive Director of Wave Hub Limited, the world’s largest grid-connected offshore wave energy testing facility located off the Cornish coast, up to 2016. She was also a member of HEFCE’s strategic advisory committee on Leadership, Governance and Management for four years until 2011.

Niamh has a keen interest in the arts and was a Trustee of Cornwall’s primary theatre before moving to Northern Ireland and is a fellow of the Royal Society of Arts. She has always played sport, formerly as a competitive tennis player and now as an active member of Holywood Golf Club. 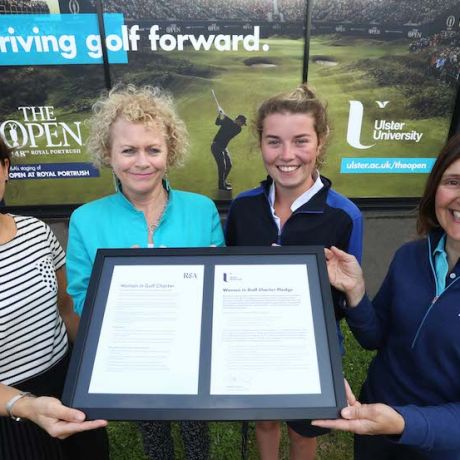