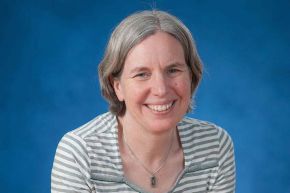 Ulster University is leading a major international research project to assess the impact of the Zika virus in Latin America, and globally.

The Zika virus is mainly spread by mosquitoes and evidence of the risk of birth defects and other complications in infants born to infected mothers is growing.

As the public debate about the impact of the virus on the 2016 Olympic Games in Rio continues, Ulster University’s Helen Dolk, a world-leading congenital anomaly expert is working on two unique projects to gather and analyse data on the incidences of Zika.

Funded by the Medical Research Council, Professor Dolk is gathering and analysing data on abnormally small heads in infants or microcephaly, one of the potential complications of the Zika virus. She is working in partnership with The Latin American Collaborative Study of Congenital Malformations (ECLAMC) on data collected in seven Latin American countries over the last 10 years.

Additional funding from the European H2020 programme will also see Professor Dolk working, as part of a European consortium, to improve surveillance systems of congenital anomaly in Latin America and worldwide. This research aims to create a much needed app to help accurately diagnose and record congenital anomalies in countries and areas where resources are low and such data is therefore not always accurately recorded.

Professor Dolk said: “For most people Zika is a mild infection and isn’t harmful. However, it is serious for pregnant women as there is evidence that it causes birth defects, particularly microcephaly, although the level of risk is as yet not known. Microcephaly is a condition where babies are born with unusually small, undeveloped heads and brains.

“This new research will greatly improve our understanding of the prevalence of microcephaly in babies born to women living in areas where the Zika virus has been confirmed. The data collected will be important in designing and evaluating public health strategies to limit Zika infection in pregnant women.”

The Zika virus was first discovered in 1947 and there have been several outbreaks worldwide, most recently in April 2015 in Brazil. Subsequent incidences of the virus have been reported in Latin America, and most recently in southern parts of the US.

Currently, there is no Zika vaccine or cure.