Welcome to the homepage of the Irish Machine Vision and Image Processing Conference, which will take place from August 29th - 31st 2018 in Ulster University, Belfast.

IMVIP brings together theoreticians and practitioners, industrialists and academics, from the numerous related disciplines involved in the processing and analysis of image-based information.

We invite submissions to IMVIP 2018 of papers presenting novel research contributions or applications related to any aspect of computer vision or image processing.

The conference attracts both national and international participation, and provides an excellent forum for networking with academics, companies, researchers and students working in the area.

The conference programme will include oral and poster presentations, invited keynote speakers from world leading experts, industry demonstrations, and prizes for both Best Paper and Best Student Paper.

Full papers will be subject to a double-blind review process by the programme committee. Contributions are sought in all aspects of image processing, pattern analysis and machine vision, including but not restricted to the following topics: 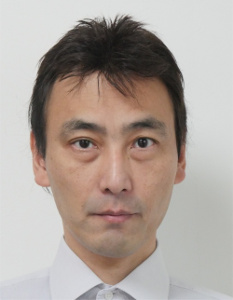 Best known for its breakthrough on the classification problem of general images, deep learning is now increasingly applied to other, more complex tasks.

Whereas the output of a classification algorithm is a simple label, these tasks require more structured output such as an image.

In this talk, I will present some recent results in our research in image transformation problems such as colorization of grey-scale images and image completion.

A fully convolutional network is suited to such tasks as it can handle input and output images of any size without relearning. 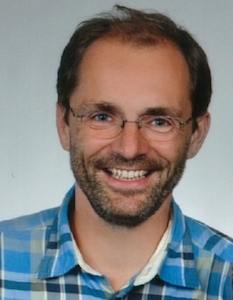 Many computer vision problems can be formulated as data fitting. In multi-class multi-instance fitting, the input data is interpreted as a mixture of noisy observations originating from multiple instances of multiple model types, e.g. as k lines and l circles in 2D edge maps, as k planes, l cylinders and m point clusters in 3D laser scans, as multiple homographies or fundamental matrices consistent with point correspondences in multiple views of a non-rigid scene.

After reviewing the evolution of data fitting methods including the Hough Transform, RANSAC and PEARL, I will present a novel method, called Multi-X, for general multi-class multi-instance model fitting.

Multi-X outperforms significantly the state-of-the-art on the standard dataset, runs in time approximately linear in the number of data points at around 0.1 second per 100 points, an order of magnitude faster than available implementations of commonly used methods.

I will also show how to plug efficiently and effectively the energy term into RANSAC. The resulting GC-RANSAC employs graph cut as local optimization to achieve state-of-the-art results. 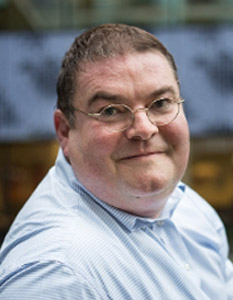 The forensic science community makes since the last decades much more use of machine vision. The algorithms and computing power have been improved.

Image processing is routinely used in cases of CCTV, and intelligent search by machine vision is also progressing.

An overview is given of the current state of the art, concerning face comparison as well as other biometric features such as posture, gait and hand and feet comparison.

In robbery cases sometimes hands are a feature that can be used.

For child abuse cases also the feet are sometimes used for additional evidence, although research on algorithms for feet comparison is rare.

The challenge in forensic science is also the combination of features and reporting of the evidence as a likelihood ratio.

Since deep learning algorithms are more widely used, and calculation speed is improving, the use of camera identification based on Photo Non Uniformity (PRNU) is also progressing.

Some expectations in combined analysis are given with big data analysis systems as well as faster results in forensic science based on these methods, for instance in the European Union Horizon2020 project ASGARD.

Currently there are also many efforts in the anti-forensic field, such as morphing of faces and forging PRNU.

Detection of those forgeries is a research topic that is expected to attract much more attention in the future.

Registration for IMVIP 2018 is open.

Registration costs are listed below for both early and standard registrations, and for both students and non-students.

All accepted papers will be published in the conference proceedings and will be available online under open access via the Ulster University Institutional Repository.

This year we will be awarding a number of student bursaries consisting of a conference registration fee waiver to support student participation in the conference.

These bursaries will be awarded on a competitive basis.

The eligibility criteria are that applicants must be a full-time or part-time student (confirmed by a letter from their supervisor), and must have either a long or short paper accepted at the conference.

To apply for a student bursary, download the application form and send your completed form by email to bw.scotney@ulster.ac.uk.

Please note that applicants are still required to register for the conference.

The mechanism for awarding the bursaries will be to refund the recipients their registration fee through the online registration system.

IMVIP 2018 will be held at the Belfast campus of Ulster University, situated in the artistic and cultural centre of the city, the Cathedral Quarter.

Although traditionally associated with art, the campus spans an increasing and exciting range of subjects including architecture, hospitality, event management, photography and digital animation.

Ulster University’s Belfast campus plays host to frequent fashion shows and art exhibitions and is an exciting place to study and work. It is also home to The Academy training restaurant.

If travelling by car, there is a multi-storey car park – Q Park (St. Anne’s Square) – located just beside the campus.

The travel time to Belfast by car or bus from the International airport is 30-40 minutes, and from the City George Best is around 10-15 minutes.

You can travel into Belfast either by taxi or bus; there is a regular service that takes you to the Europa/Great Victoria Street Bus Station. It is then a short walk to the Belfast campus (15 minutes).

Taxis can be pre-booked and there is also a taxi rank.

You can travel into Belfast either by taxi, bus or train; there is a regular service that takes you to the Europa/Great Victoria Street Bus Station. It is then a short walk to the Belfast campus (15 minutes).

Taxis can be pre-booked and there is also a taxi rank.

You can travel to Belfast from Dublin City Centre or Dublin airport by a direct bus that alights at Great Victoria Street/ Glengall Street in Belfast.

It is then a short walk to the Belfast campus (15 minutes).

There are two regular bus services from Dublin and Dublin airport to Belfast, and details can be found at the following:

The journey time is approximately 2 hours.

Travel by train directly from Dublin Airport to Belfast is not possible unless you first travel (by bus or taxi) to Dublin City Centre.

Belfast is a vibrant, small city and you may wish to extend your stay for a day or two. Find out more at Visit Belfast.

There are many other accommodation options available, including good quality B&B accommodation, and a range of 3* and 4* hotels. The Merchant Hotel (5*) is also located just a few minutes’ walk away.

Full papers must be a maximum of 8 pages including references and appendices.

Short papers must be a maximum of 4 pages including references and appendices.

Poster presenters will also have an opportunity to give a 2-minute overview of their work orally.

All submissions must be in pdf format and must follow the formatting specified in the LaTeX template files found at the following link: imvip2018.zip. The template provides instructions and examples for common document elements.

The Word template includes styles and layout settings that should assist in generating a pdf that is consistent with the LaTeX template output.

If using the Word template, please ensure that the final formatting abides by the LaTeX formatting as shown in the pdf file in imvip2018.zip.

All papers must be submitted through the following link and should NOT include author names and affiliations:

Submission of a paper to the conference implies that, upon acceptance of the submission, at least one of the authors will register for the conference and present the paper.

All contributed papers will be subject to a double-blind review where both the authors and reviewers are anonymous.

Hence it is important that authors do not identify themselves in their own paper. In particular, submissions for review should not include author names or affiliations.