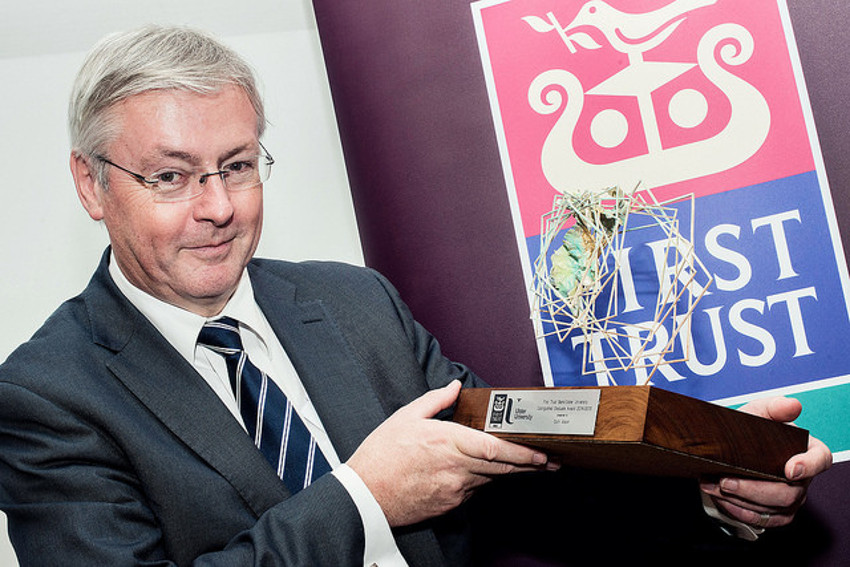 Colin Walsh graduated from Ulster University with an MBA (International Business and Industrial Development), which in his own words 'launched [him] onto a career path that frankly would have been impossible without the input that I got from this University'.

Colin is Chief Executive and founder of Crescent Capital and has been an active venture capital investor in the local high tech sector for the past 18 years.  At Crescent, he leads a team of investment professionals who have completed investments in some 27 companies in Northern Ireland.

Crescent has raised over £70 million to date from government, private and institutional investors from the UK, from Europe and the US.  Its investments include several which are widely regarded as being among the most promising locally owned businesses, including Lagan Technologies, APT, Omiino, Maildistiller, Nisoft, Biznet and Andor Technology plc.

Having served on the Boards of several local companies and been Chairman of many, he has first-hand experience of the various challenges facing the business sector within Northern Ireland.

Colin became Chairman of the CBI Northern Ireland in January, and with colleagues in the CBI, has partnered in many events with Ulster University Business School, where he continues to support and inspire current students and fellow graduates.

“We have been proudly supporting the Distinguished Graduate Award since 2001 to help recognise the invaluable contribution that graduates make to the lives of others and to society as a whole. We  offer our congratulations to this year’s deserving winner, Colin Williams. As founder of the multi-award winning Sixteen South TV production company, now rated among the UK’s top independent TV production companies, Colin and his team are helping put the Northern Ireland creative industry on the map and we are delighted to award Colin this prestigious accolade.”