The Vice-President of SoundCloud, the world’s largest music and audio platform, has been named as First Trust Bank/Ulster University Distinguished Graduate of the Year. 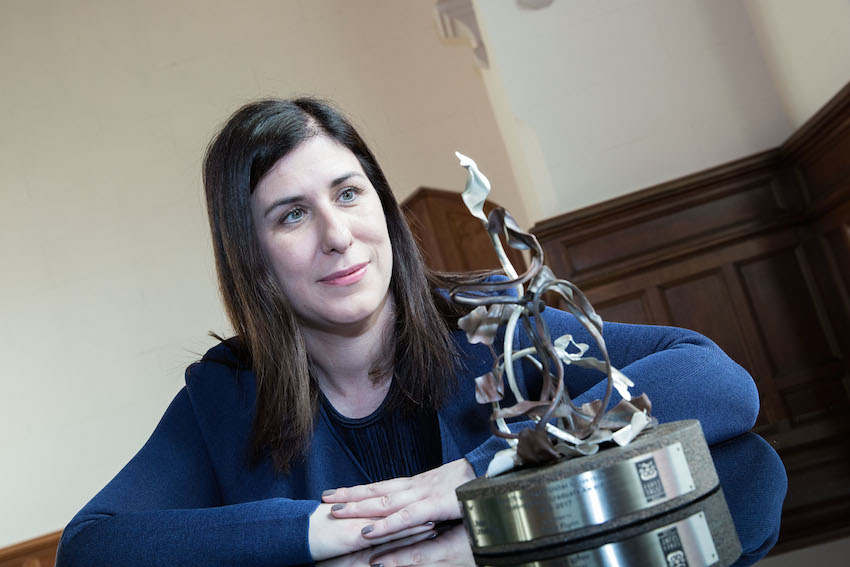 Sonia Flynn, who received the award at the winter graduations in December 2017, graduated from Ulster University in 1997 with a BA Hons Applied Languages. She is responsible for the global expansion of SoundCloud, which already has over 172 million monthly listeners.

Prior to her role with SoundCloud, Sonia was director for community operations for Facebook Ireland and was appointed managing director in 2011, managing Facebook’s rapid growth in Dublin to become a base for up to 1,000 employees. At the time she was one of the youngest people in Europe leading an EMEA technology headquarters.

Sonia has also spearheaded moves to stamp out online bullying and was rated one of the most influential and powerful women in business by the ‘Irish Independent’. One of the few female managing directors in the technology sector internationally, she is hailed as a role model for young women considering careers in science, technology, engineering and maths.

We have been sponsoring the Distinguished Graduate Award since 2001 and are very proud to be associated with such an important event in the University’s calendar.  We recognize the invaluable contribution that graduates make to the lives of others and to society as a whole and are delighted to be able to mark these achievements through our on-going sponsorship. - Mark McKeown, Manager, Regional  Business Team, First Trust Bank