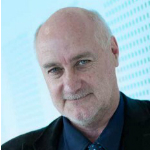 Maurice Stringer is Professor of Psychology at the Ulster University’s Coleraine campus.  Following undergraduate and doctoral study at the New University of Ulster he joined the Northern Ireland Civil Service in 1978 as a Lecturer in Communications. He was appointed as a lecturer in Psychology in 1979 at the Ulster Polytechnic and moved to Coleraine in 1985. He was appointed to a chair in Psychology in 2000 and as Director of Research led Psychology through three research assessment exercises in 2001, 2008 and 2014.

Maurice has extensive leadership experience within United Kingdom Psychology as Chair of the British Psychological Society’s Representative Council and a member of the Board of Trustees. He has been Chair of the Northern Ireland Branch of the Society and served on the Society’s Parliamentary and Standing Conference Committees.  He has developed International research links between Ulster and New Zealand and Australian Universities and with the Abu Dhabi Police.

He is married to Geraldine and has two sons and a daughter all of whom completed degrees at Ulster University.